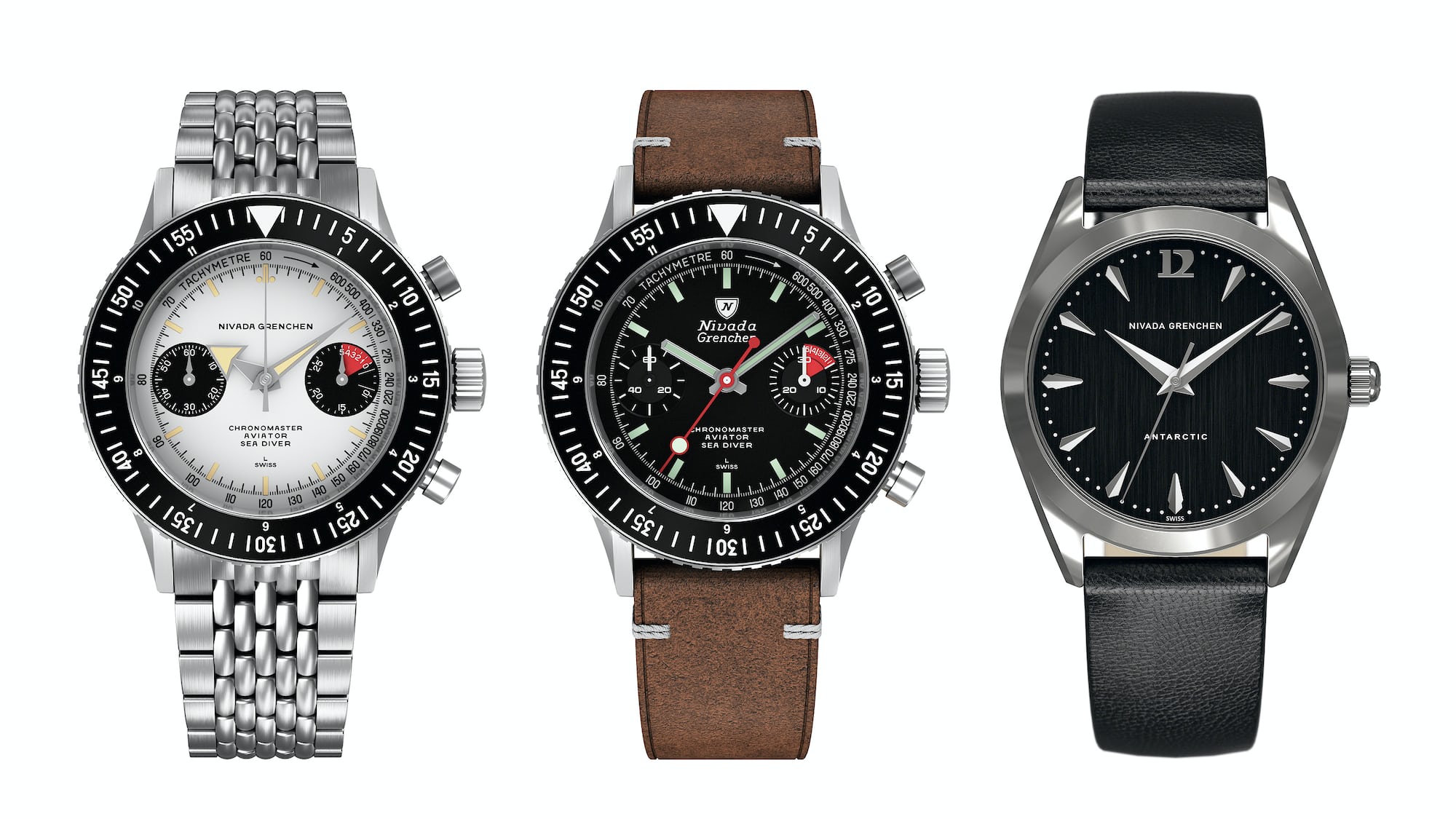 As every watch enthusiast learns when they are but a wee watch enthusiast, there are two kinds of watches: quartz and “real” watches. The next piece of indoctrination is to the legendarium of the Quartz Crisis, which takes on in the minds of watch enthusiasts something of the same importance that the Battle of the Pelennor Fields does for fans of The Lord Of The Rings – unquestionable good pitted against utter evil, a dark outcome guaranteed for the good guys, and victory unlooked-for at the last minute when an ally despaired of appears in the nick of time (and by ally despaired of, I mean, the Swatch). Anyhow, in such battles, there are always many sad losses to make victory bittersweet, and so it was with the Quartz Crisis and subsequent Mechanical Renaissance. Many worthy and historically interesting companies simply ceased to exist, or live on now only as vassal states (sometimes without even their proud original names preserved) of larger international empires.

This was true of Nivada – a company which, under that name, was a reliable if not internationally renowned part of the pre-Quartz watch scene. The company is better known under the name Nivada Grenchen in the USA, or under the name Croton – there was apparently a kerfuffle with the Movado watch company in the 1960s over a perceived (by Movado) similarity in names, and the claim was made by Movado that this might lead to consumer confusion over which company was which. Whether the suit had any merit or not (as far as I can see, any consumer who confuses one firm for another because each has three syllables to its name, which starts with a consonant and ends with a vowel, deserves whatever he or she gets), the point seems to have carried in court, and so Nivada, which was based in Grenchen, Switzerland, became known as Nivada Grenchen, with watches from the firm also sometimes using the name of the distribution company formed for the brand in the USA: Croton.

The upheavals in the industry made Nivada under any name a thing of (mostly) the past, but like many defunct brands, it has gone on to have something of a second life, or at least an afterlife, as an enthusiast-favorite collectible vintage brand. It also has the added attraction that prices for Nivada watches have not gone as absolutely bananas as they have for a lot of others. The company, now, is coming back to life as a modern brand, albeit one which looks squarely at the glorious past for design inspiration, which in this instance, does not seem like a bad thing at all. After all, we have all seen examples of vintage brands whose re-invention was attempted with designs and at prices that made no sense in terms of the history of the company, and it is probably a lot smarter to build a humble house on a firm foundation than try to erect a palace on a sand-bar.

The genius loci in Switzerland for the brand is none other than Guillaume Laidet, whom we last encountered here at HODINKEE as the founder of the eponymous brand William L. 1985, and most recently back in 2018 when he launched a couple of very attractive automatic chronographs with Seiko movements. In partnership with Remi Chabrat, the owner of a private label Swiss watch firm known as the Montrichard Group, plans were made to re-launch Nivada with watches based on two vintage models. These are the Chronomaster Aviator Sea Diver, which can be had in either a hand-wound or automatic model, and the Antarctic, which was originally developed in conjunction with the International Geophysical Year (the same “year of exploration” for which the Jaeger-LeCoultre Geophysic was made) in 1958. The original Antarctic watch went to the South Pole as part of the U.S. Navy’s Operation Deep Freeze, which marked the beginning of the establishment of a permanent human presence in Antarctica (as well as the beginning, unsurprisingly, of an ad campaign from Nivada touting its presence on the expeditions).

The Chronomaster Aviator Sea Diver was and is something of a watch that tries to be all things to all people, but succeeds at it perhaps better than most. For something that tried (and tries) to cram all the bells and whistles of a classic two-register chronograph into a watch along with a 100-meter depth rating (the only thing that keeps it from fulfilling the technical requirements for a dive watch is the bezel, which is bidirectional) the Chronomaster Aviator Sea Diver manages to come across, if not as an example of Bauhaus-esque self-restraint, then at least as a technical timepiece which does its level best to deliver a lot of analog information in a coherent fashion. After all, we must recall that its design hails from a time when digital displays were in the future, and being able to decipher an analog gauge at a glance was a necessary survival skill. There is a 60-minute/12-hour rotating bezel, an inner tachymetric scale, and the red yacht-timer countdown segment on the chronograph minutes totalizer which was something of a visual signature for the original model.

Water resistance for both the automatic and hand-wound models is 100 meters, with a sapphire crystal and Super-LumiNova lume. The primary difference between the two versions is thickness – while the manual version, which uses a Sellita SW-510 M BH B, is 38mm x 14.25mm, the automatic version, with the Sellita SW-510 BH B, is 16.25mm thick. Prices are gratifyingly reasonable – they start at €1,600 for hand-wound versions on a strap and stretch to €2,000 for an automatic model on a bracelet (and I suspect for the harder core vintage-adjacent homage watch enthusiasts, the hand-wound model on a strap will be the preferred flavor anyway).

While the Chronomaster Aviator Sea Diver watches are about as faithful a copy-paste as you could expect, the Antarctic watches are a bit larger in diameter than the original models from the 1950s at 38mm x 11.50mm, but 34mm would be a harder sell these days than in the mid-1950s, when additional bulk, even for an explorer’s watch – perhaps especially for an explorer’s watch – would not necessarily have been considered an advantage in any respect.

In both date and no-date models, the 2020 Antarctic is 38mm in diameter and 11.50mm thick, running an SW200 automatic movement. Otherwise, the design, as with the Chronomaster, is a more or less completely faithful adaptation of the original, and you also get a sapphire crystal, 100 meters’ water resistance, and the same very attractive pricing strategy. No-date versions of the Antarctic on a strap begin at €650, and the most you’ll be able to spend is for a model on a bracelet with a date guichet, which will set you back €850.

Unless you have some deep philosophical objection to any watch which uses modern movements in re-incarnations of vintage designs at very reasonable prices, I think it is a bit of a struggle to find anything to fault with these watches. They’re designed and made by folks whom I think show every sign of knowing not just what the market wants, but also what it is that makes good vintage watches appealing – and those two are not the same things. There is no nonsense here about “updating a classic design for modern tastes,” which all too often means, “getting rid of just enough of what makes the watch attractive to enthusiasts to put them off, but keeping just enough about it to keep it from being a satisfying modern watch, and therefore pleasing no one in trying to be everything to everyone.” Just a good looking new version of a vintage watch at a price that makes taking the plunge a very appealing proposition.

See both models at Nivadagrenchenofficial.com. Both will be available for pre-order in mid-July, with deliveries expected in December 2020.