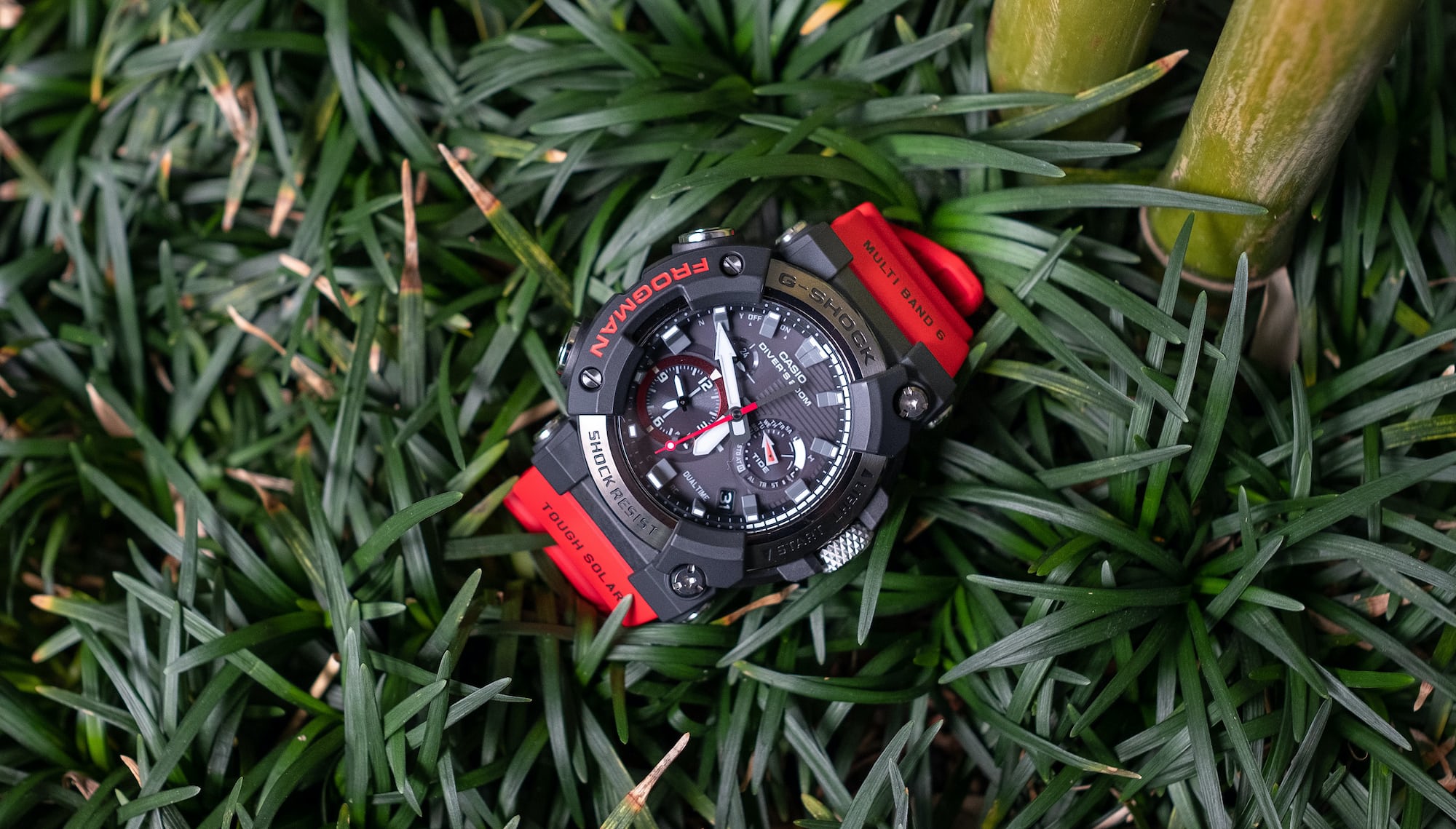 The Frogman was made for divers as the name suggests, and it is a special model in the G-Shock lineup featuring extra tough ISO-certified 200m water resistance. The first Frogman debuted in 1993, and it has become one of the pillars for the cult success of G-Shock. This also was the first-ever G-Shock to receive an official nickname of its own, and the series has featured cutting-edge technologies and new construction techniques over the years.

The GWF-A1000 Frogman is the first analog model in the series, and it features a large white handset against a dark dial, showing off its superior legibility. The watch employs a brand-new carbon monocoque case with one-piece construction (i.e., no removable case back), which shaves 22 grams of weight from its predecessor (GWF-D1000). The world time, tide graph, and dive time functions are displayed with analog hands, and you’ll use the crown on the right side of the case to operate them. Going analog introduced a crown to the series for the first time, and that enables more intuitive handling.

You may not realize that this is indeed a Frogman at first glance. Nearly unchanged asymmetric case design with digital displays defined the series for over 25 years. I, for one, felt a strange unfamiliarity when I saw the watch, to be honest.

The Frogman is actually the only watch in the entire G-Shock lineup that Casio officially calls a diver’s watch. Although all G-Shock models are rated for 20 ATM water resistance, the Frogman is the only ISO-certified diver in the lineup. With the last iteration, GWF-D1000, the Frogman gained a depth gauge (triple sensor), which could display diving depth in 10cm increments. I think that was a fitting function on a digital watch, and the watch, which incorporated inputs from marine rescue professionals, could compete head-on with diver computers. From the feature-set point of view, the GWF-D1000 was Casio’s ultimate Frogman.

On the other hand, when you just look at diver’s watches out there as a wristwatch, an analog dial is obviously the gold standard, at least for mechanical pieces. Although the Frogman is a quartz watch, I think this new model enters the realm of diver’s watches in the conventional sense. If you think of this piece as Casio’s new pursuit of a “G-Shock diver’s watch” instead of an extension of the existing Frogman line, this analog interface makes total sense. With this model, the Frogman leaps out of its well-established branding of over 20 years to take the real first step to becoming a diver’s watch as a wristwatch.

Now, I believe there was another reason for Casio to push their analog watch development. Ever since the debut of the Gravitymaster GPW-1000 in 2014, the company has been busy developing high-end models of each category with a combination of their well-established solar atomic timekeeping and an analog display. The brand has released flagship watches for land, sea, and sky, such as Gravitymaster and Mudmaster, and despite being relatively new collections, they are gaining popularity among G-Shock fans.

For the company, the last remaining challenge was the “sea” aspect. Of course, there is the Gulfmaster, which came out of the efforts I described above, but when you think of “sea” in the G-Shock lineup, the Frogman takes the prime spot. I think that incorporating analog hands to this model was something Casio had been hoping to achieve in recent years. In reality, creating an ISO-certified 200m diver isn’t an easy task. Putting a high-power motor to drive those large analog hands on top of all those sensors, Bluetooth, and LED backlight must have been a serious challenge.

I think Casio’s real technological strength lies in their integration and miniaturization expertise. With wristwatches, you are always dealing with size constraints, and there is a limitation to the features you can add no matter how brilliant they are. And because of that, it is always exciting to see a high-spec watch in a small package, and Casio made that happen with the Frogman — it’s a totally separate debate if this watch can be considered small, though. Casio also managed to keep the price under $ 1,000 despite the addition of a carbon case and analog display, and that is a serious value proposition compared to its predecessor (although the depth gauge has been omitted). Fortunately for us, the digital Frogman isn’t gone for good just yet. I think we still have time to compare and decide between this watch and its digital counterpart.

All in all, this new Frogman is a clear and decisive evolution of the series, and it is indeed the Sea King of G-Shock.

Frogmen Over The Years 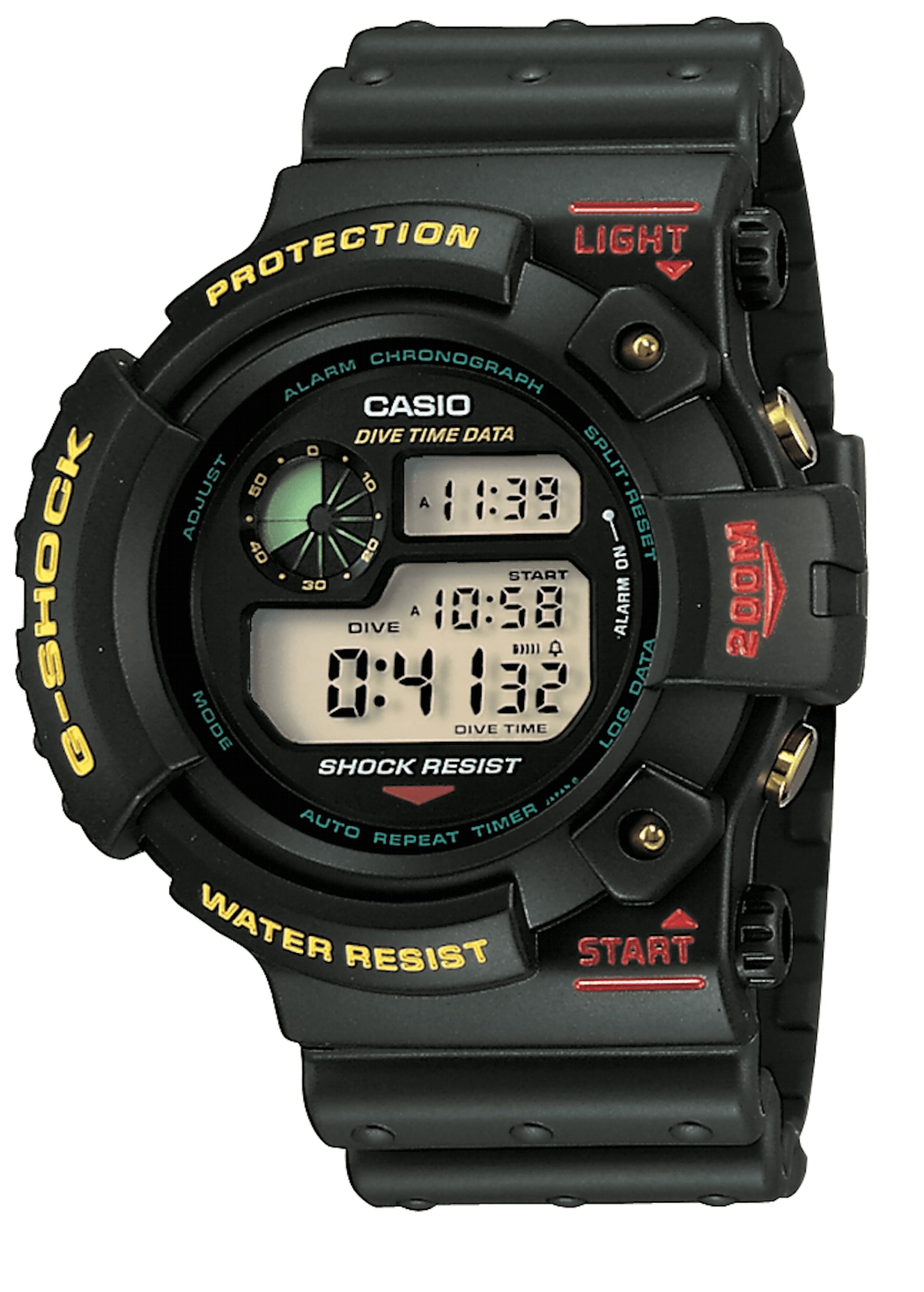 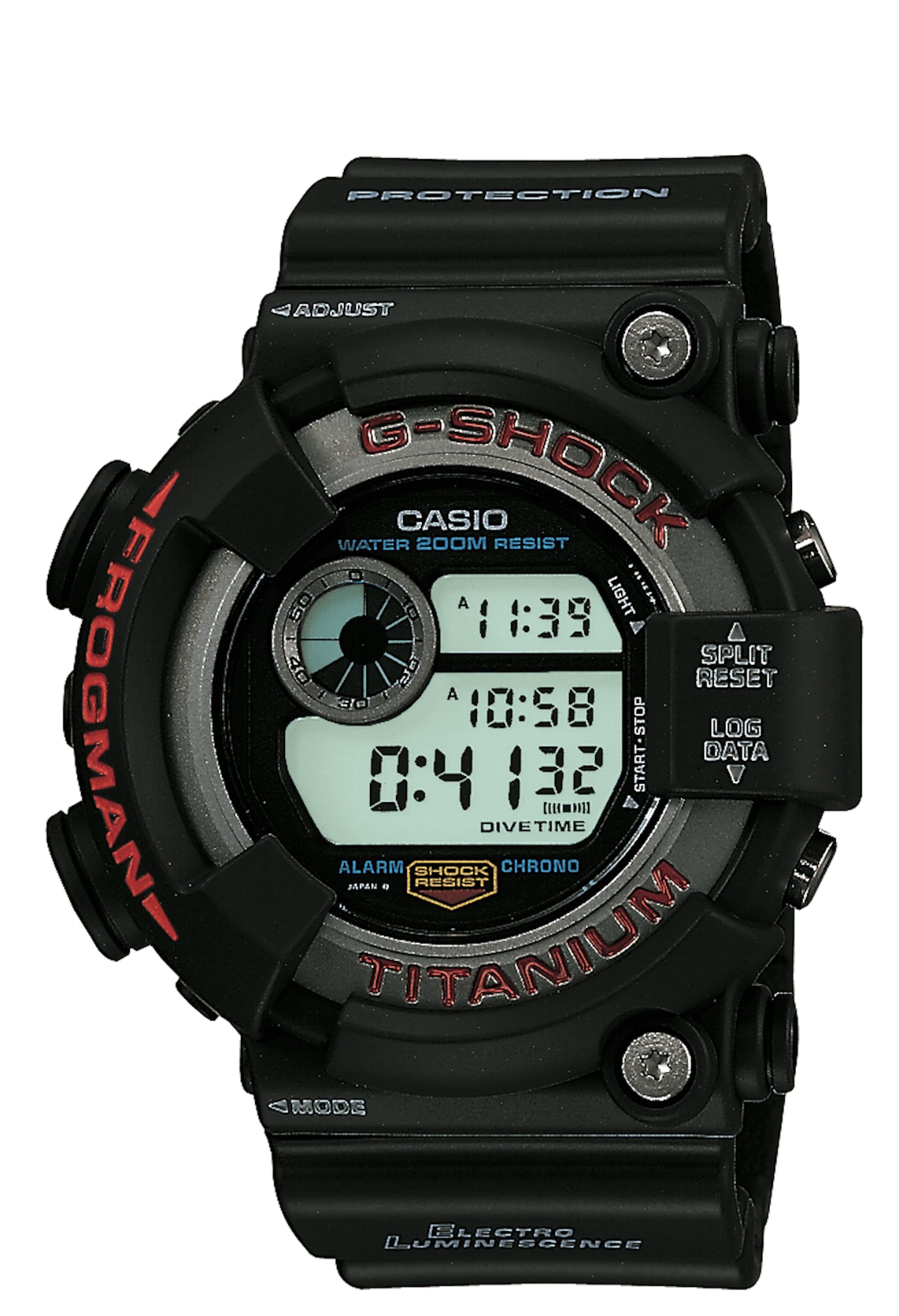 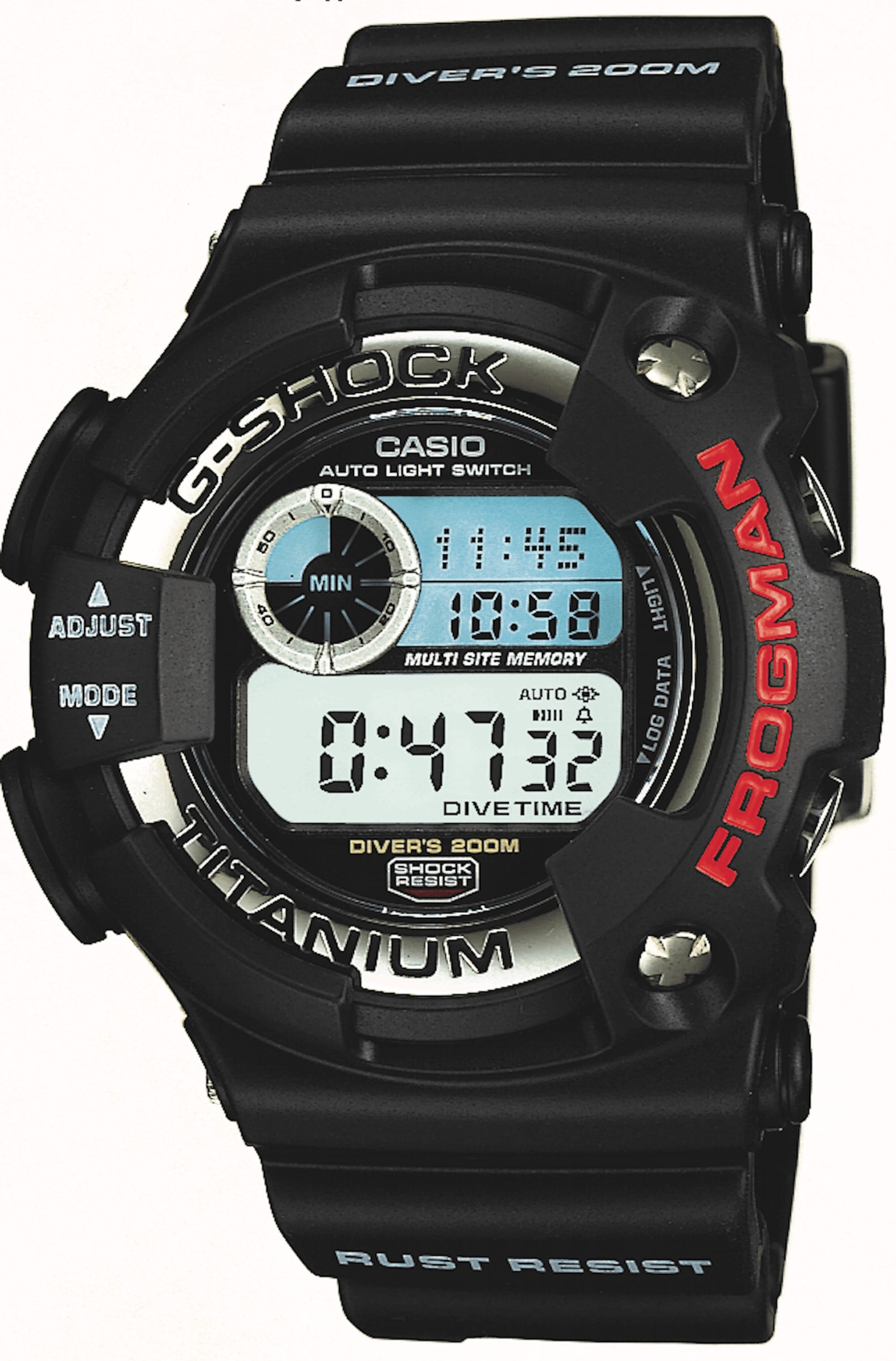 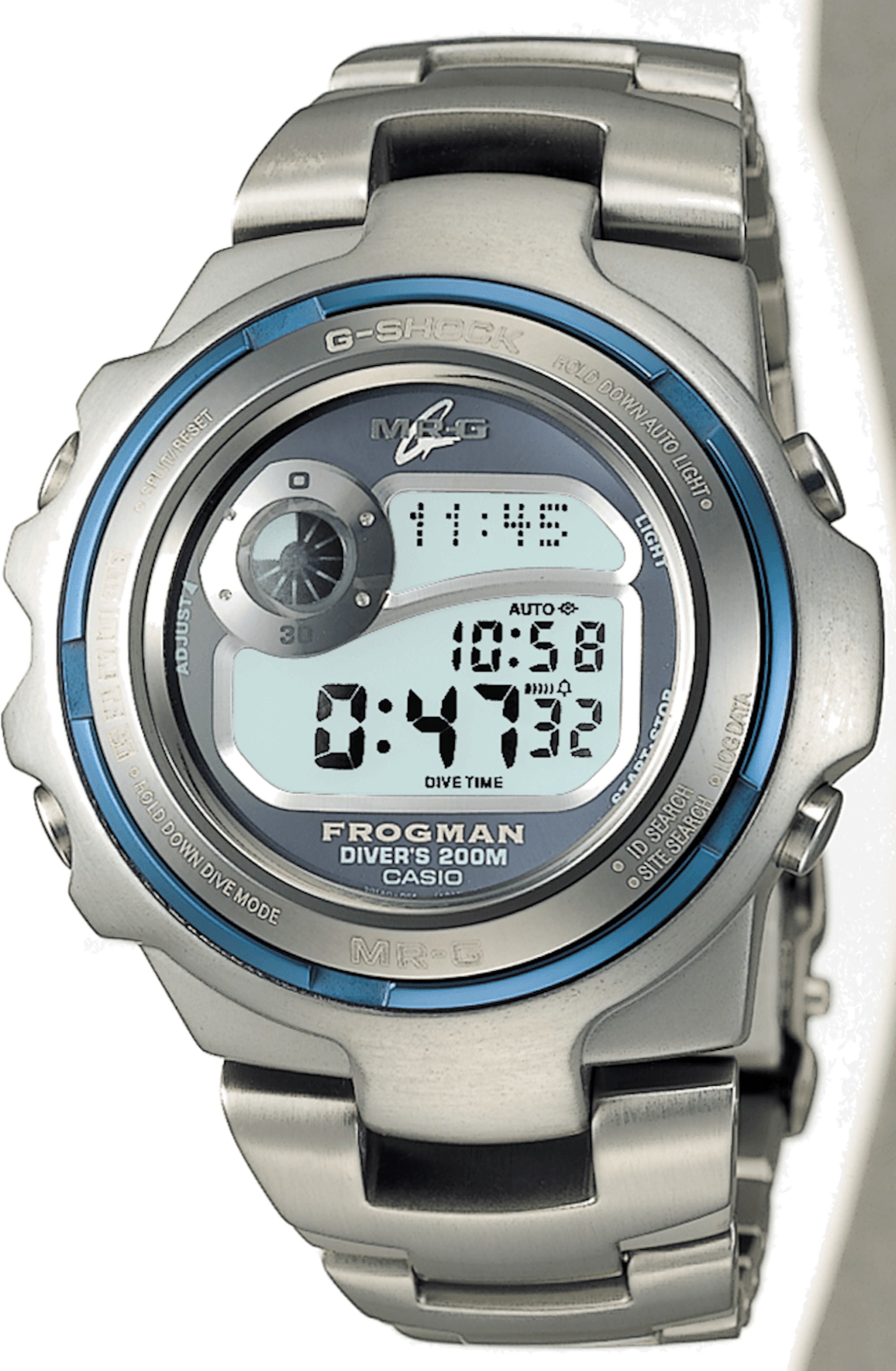 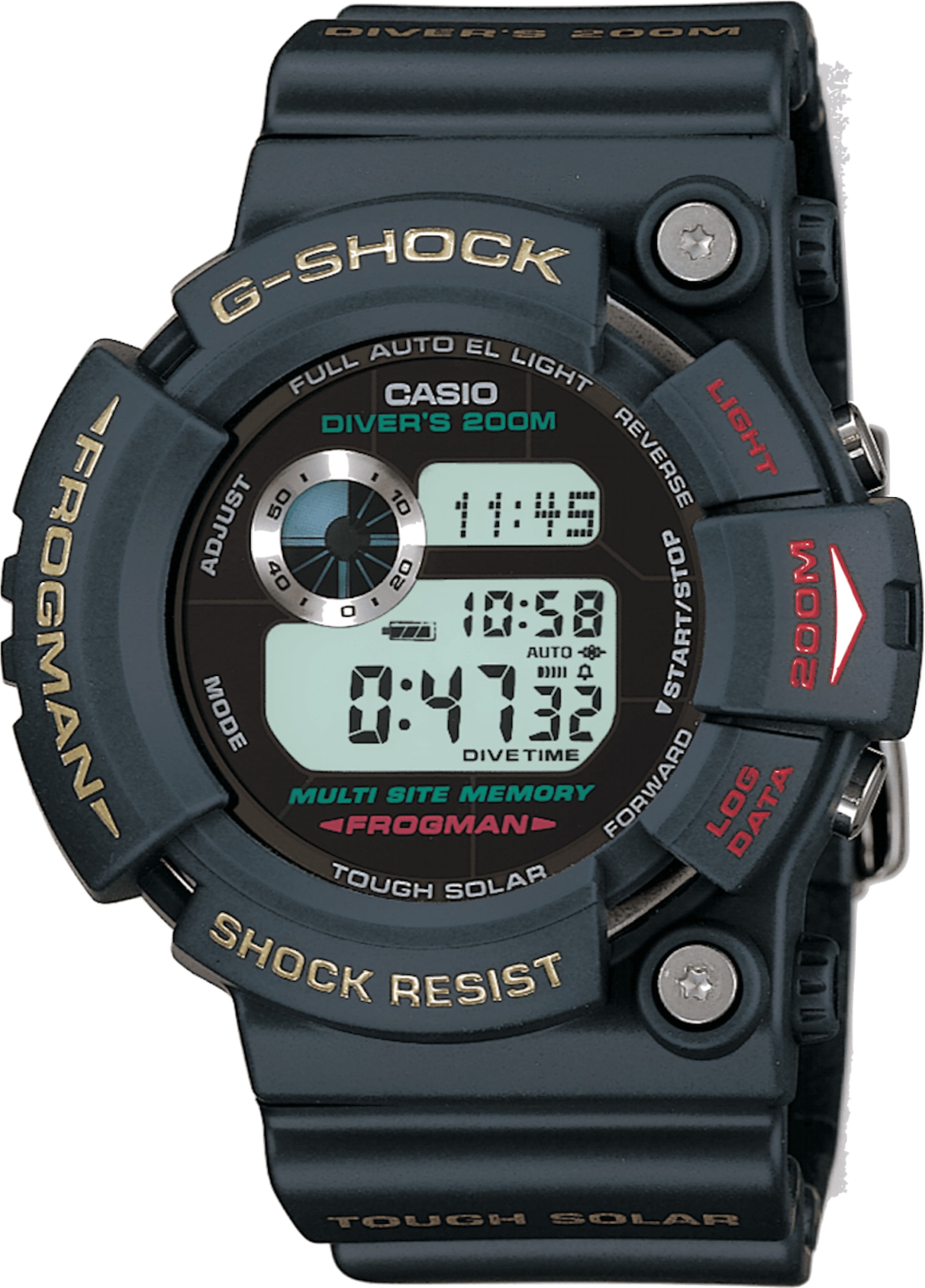 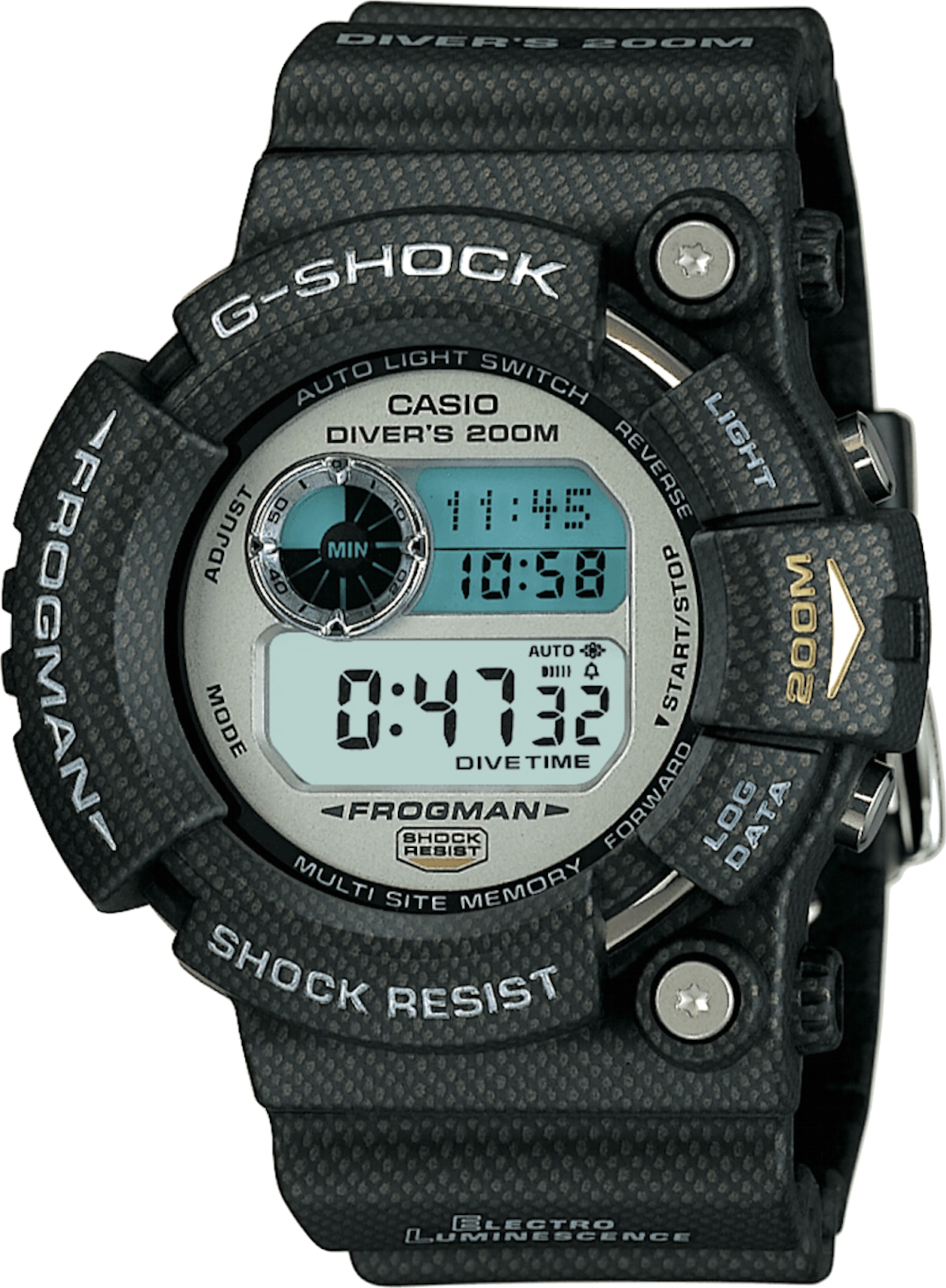 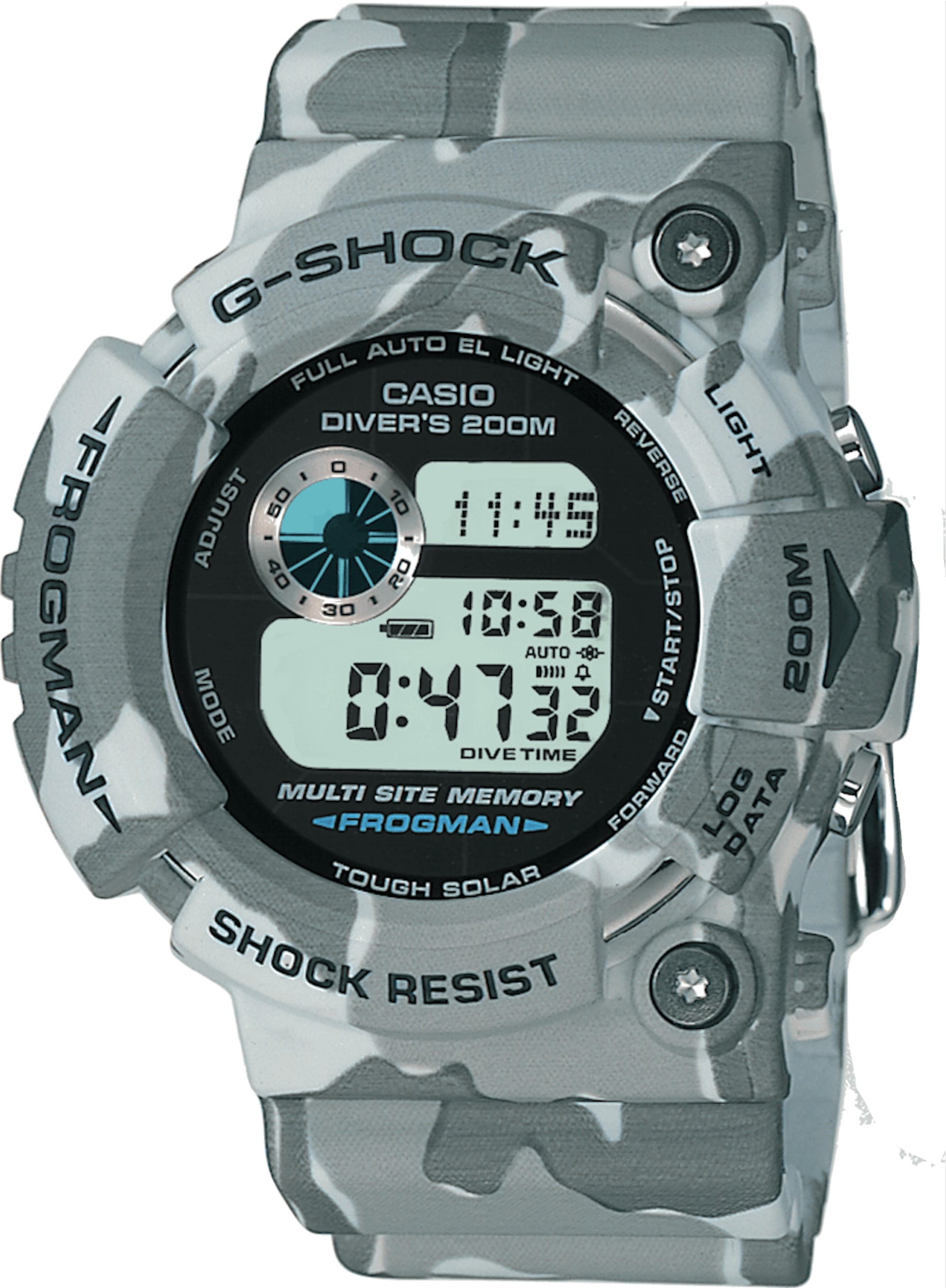 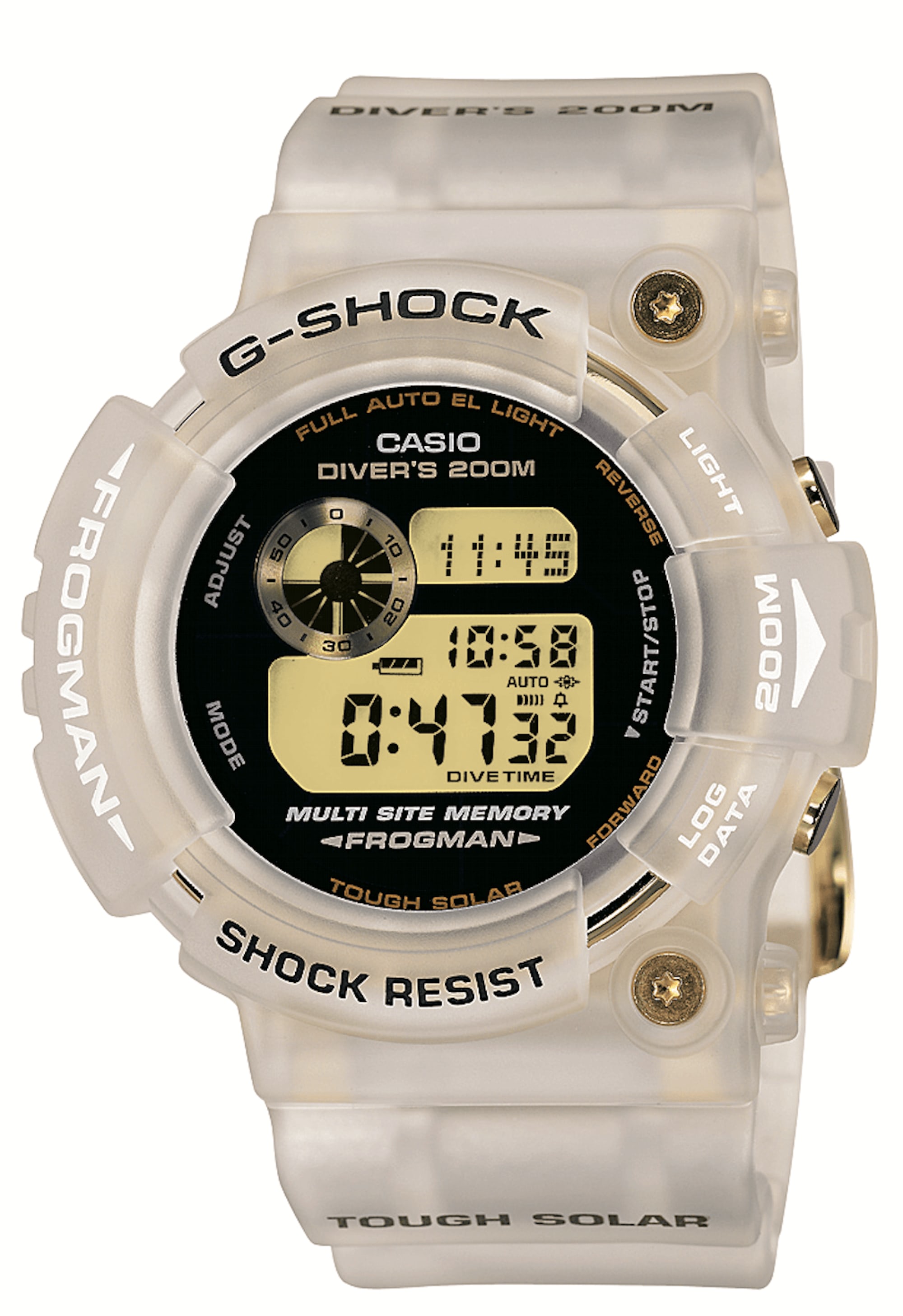 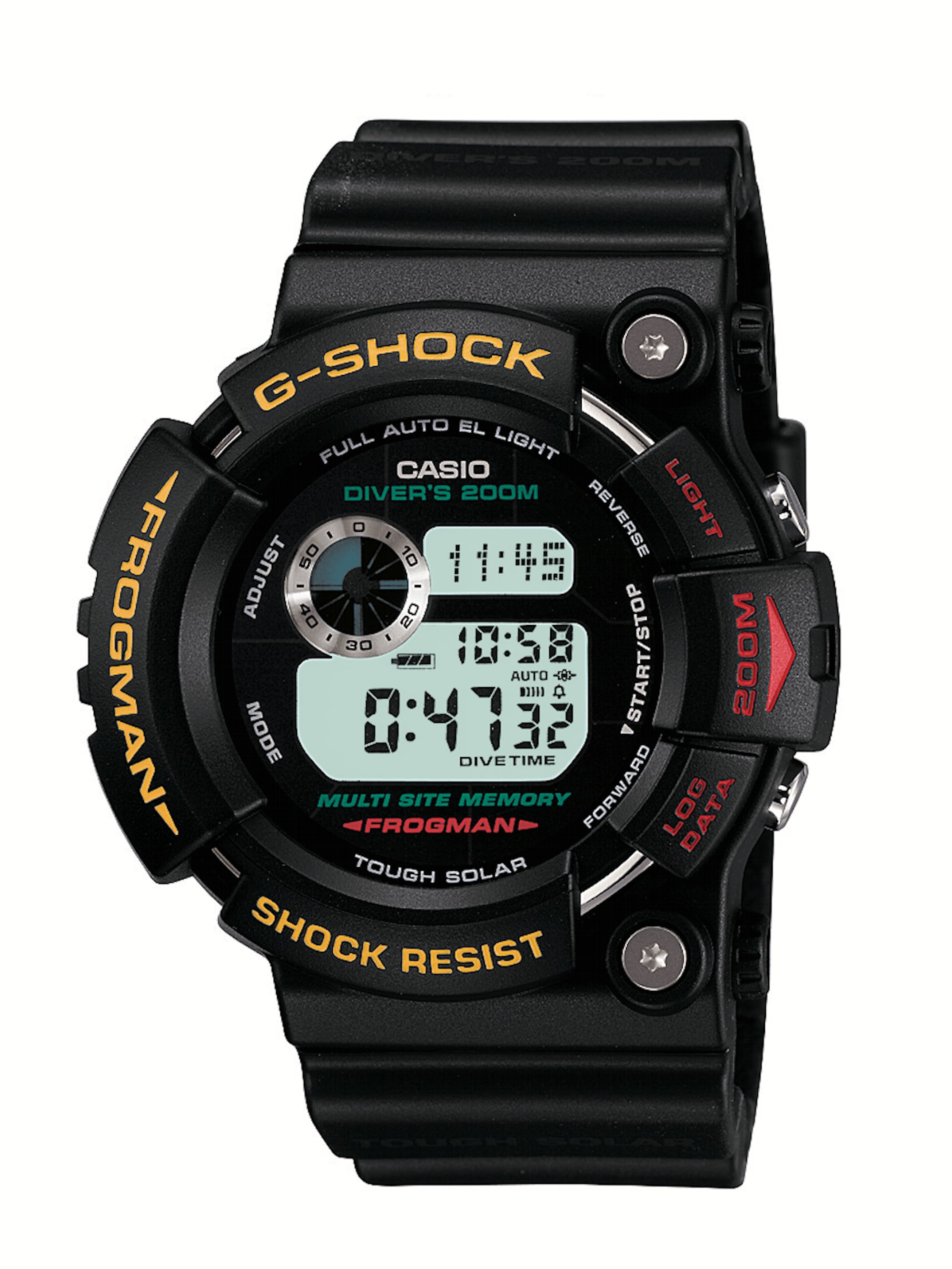 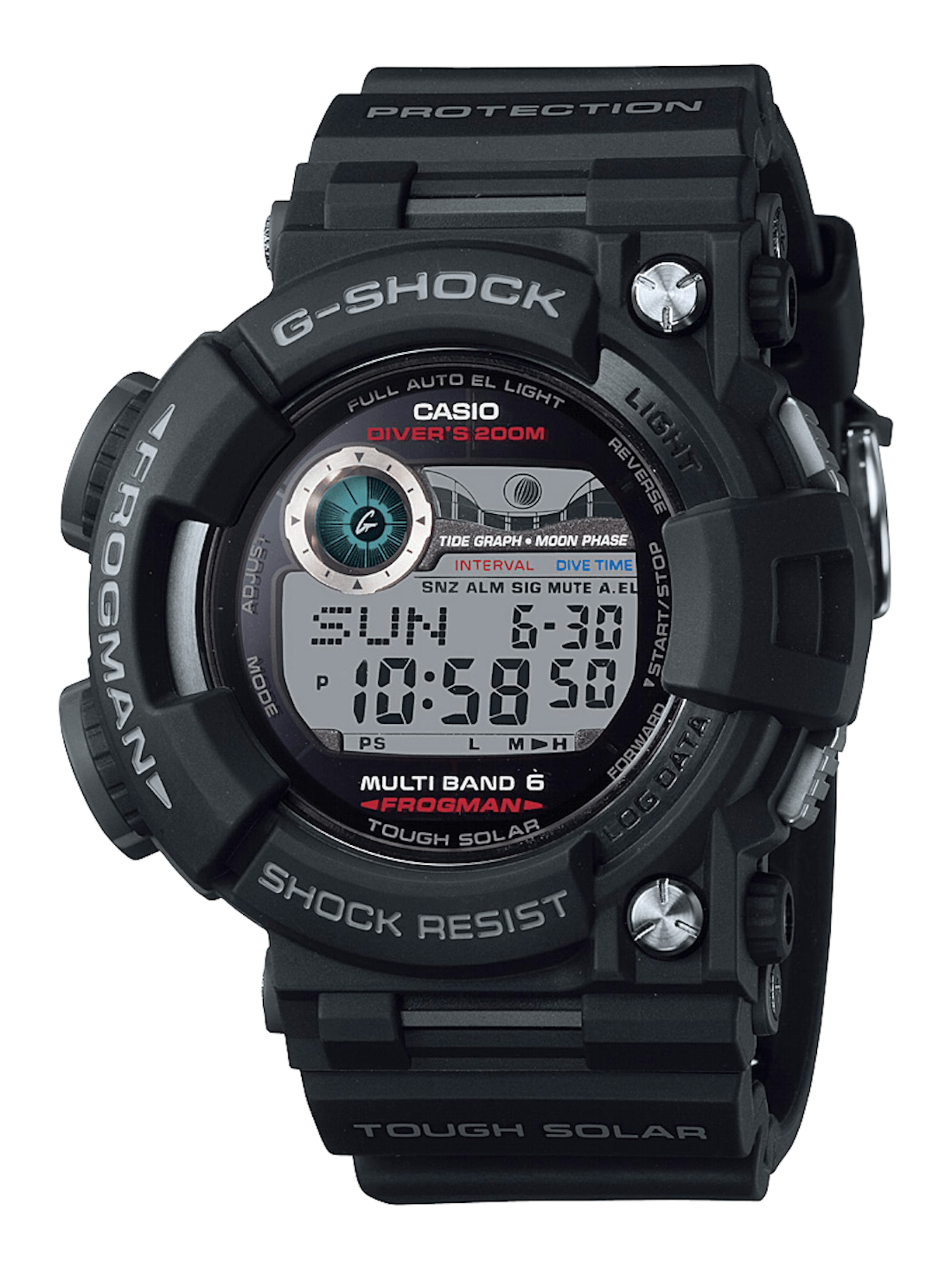 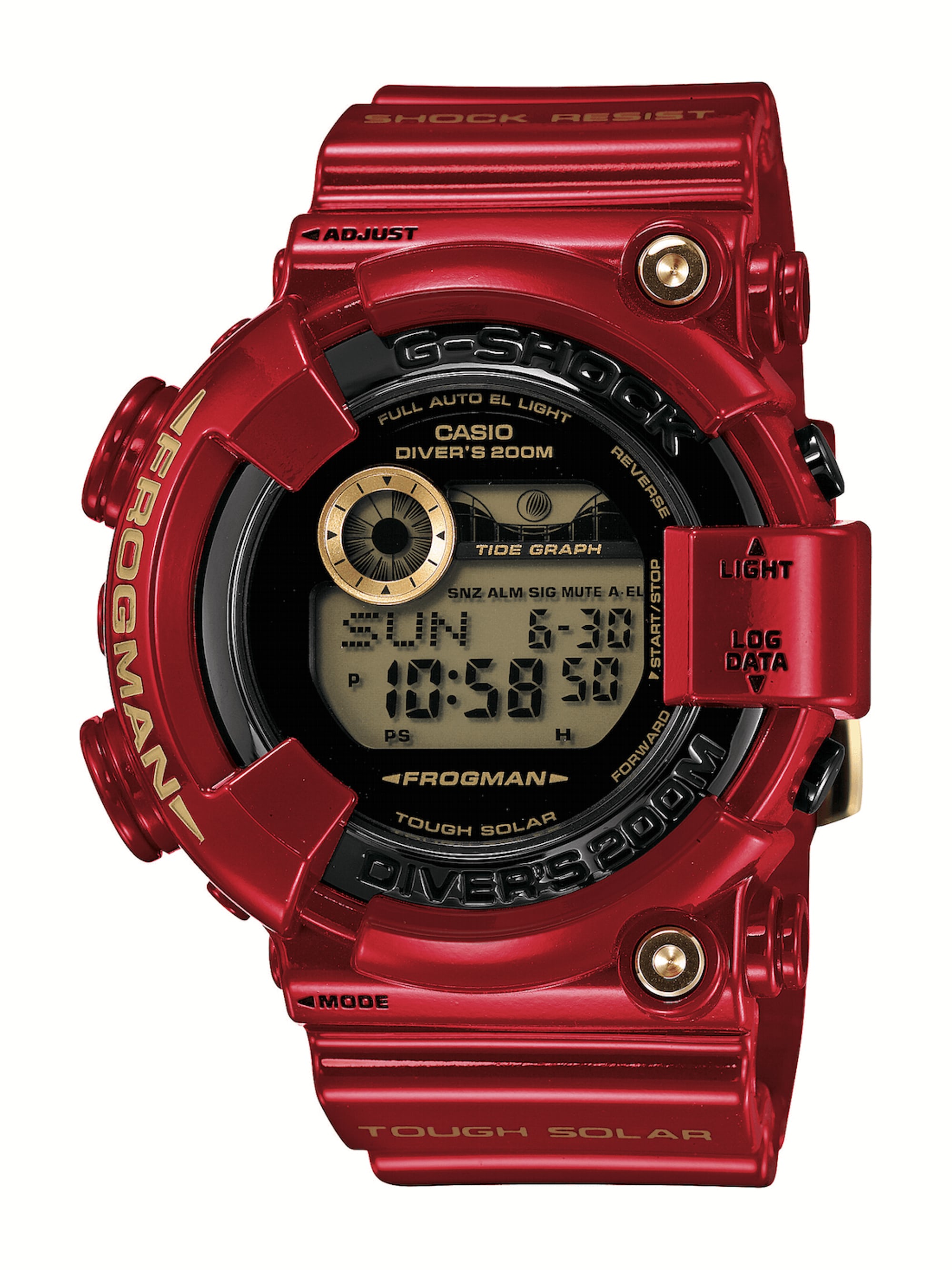 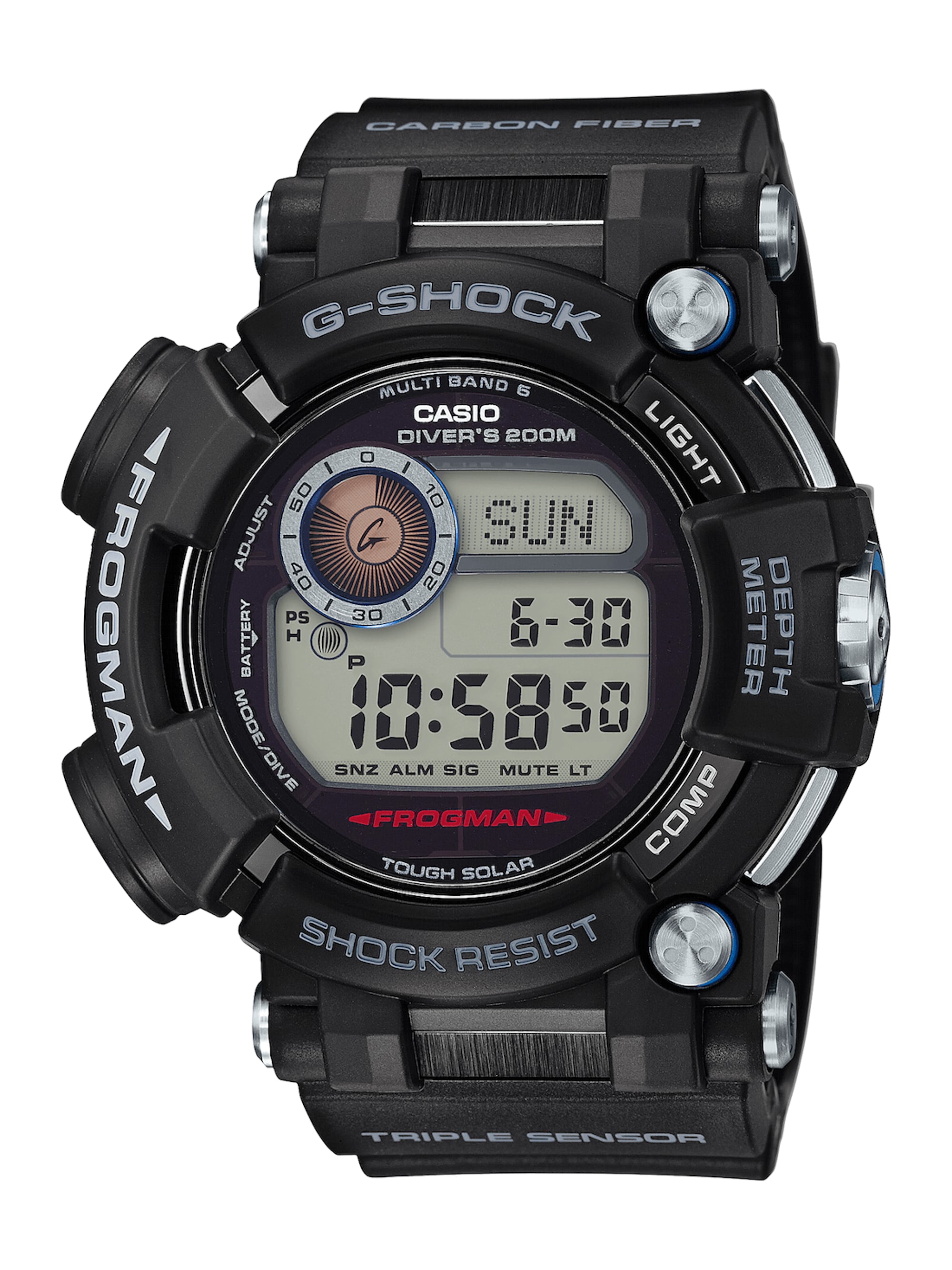