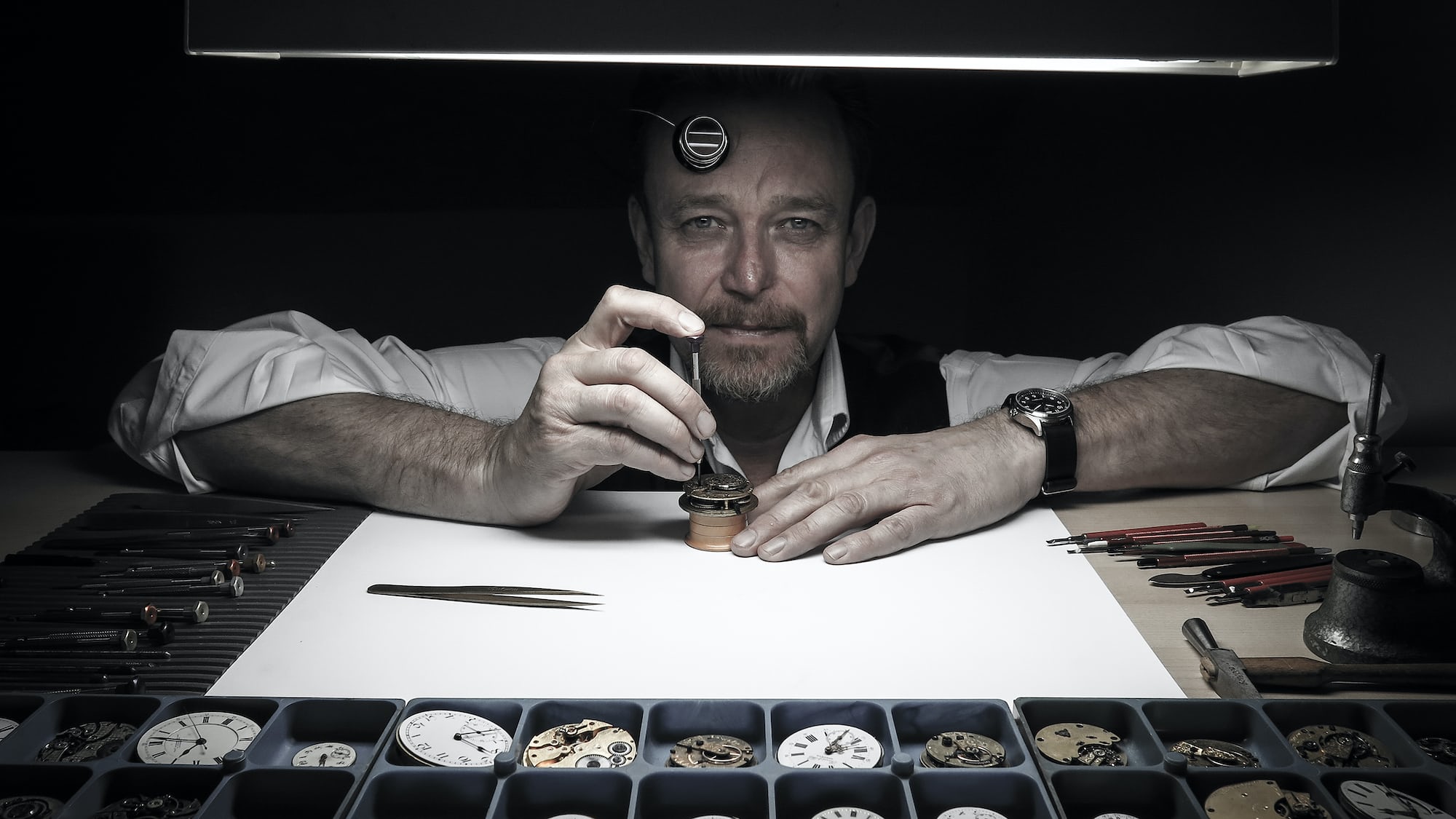 The technical watch review was pioneered on Timezone.com back at the beginning of this century by Walt Odets, whose activity as a horological writer represented, and represents, a rare combination of traits. He was an active and avid collector and enthusiast, but he was also an extremely skilled watchmaker and machinist, who thought nothing of spending four or five figures for a watch on Monday and taking it apart on Tuesday to see just what made it tick.

Since then, the technical watch review, done firsthand by an enthusiast who’s also a watchmaker and accompanied by an actual movement teardown and analysis, has largely lain fallow, for obvious reasons. For one thing, having a big enough war chest to collect modern watches with some regularity, plus the tools, instincts, talent, and cojones to actually take one apart, thereby voiding the warranty, and dissect its guts, are not attributes that tend to occur in a single person. Moreover, disinterest in technical watchmaking and in developing the ability to actually evaluate a watch is rampant. And suppose you did want to develop such knowledge, where would you start? We can’t all take a full-on WOSTEP watchmaking course and then start whipping the back off everything that has a crown and goes tick-tock, can we?

Fortunately, watchmaker Peter Speake (formerly, Peter Speake-Marin) has stepped into the breach, with The Naked Watchmaker. At one time Speake had a brand under his own name and produced very high-end hand-finished watches, but his current labor of love is The Naked Watchmaker Project, which, true to the name, hosts an incredible range of movement “deconstructions” along with technical analysis and explanations. It is a wonderful source of horological education and offers actual firsthand information about many, many aspects of both modern and vintage movement construction, about which most of us would struggle to understand firsthand. Here are just four from the dozens of deconstructions he has performed which offer especial interest to watch enthusiasts.

A Dubois-Depraz Moonphase And Chronograph Module

The chronograph modules created by Dubois-Depraz often get a bad rap among enthusiasts. They are stereotyped as a mechanism that represents an acquiescence to cheapness on the part of the watch brands that use them, but they also are so common as to verge on ubiquitous, and they are used in watches – generally on top of a supplied base caliber as well, which can be anything from an ETA 2824 to something from Manufacture Vaucher to anything in between – of every price point imaginable. The DD chronograph module 2000 was first introduced by the company in the mid-1980s, but the firm dates back to 1901 and has a long history as a maker of complications up to and including repeaters; it was part of the consortium behind the 1969 Caliber 11, one of the first self-winding chronographs (and the first, as far as I know, to use a modular construction; the chronograph module was placed atop a micro-rotor movement from Buren).

Like the Valjoux 7750, Dubois-Depraz chronograph modules allow a huge number of brands to offer a chronograph who might not otherwise be able to – developing an in-house chronograph movement (as opposed to cloning an existing design) is extremely expensive and can take many years. This deconstruction shows both a DD chronograph module as well as additional complications built onto it – a moonphase display and big date. One of the many interesting points in the article is that the chronograph is driven by a driving gear mounted on the center seconds pinion, which means you can add the module to pretty much any base movement with a center seconds hand. Though integrated and in-house chronograph movements will probably always represent, in the minds of enthusiasts, a more elevated solution, there is real ingenuity and engineering interest to be found in the work of Dubois-Depraz, which this deconstruction reveals.

The Audemars Piguet Caliber 4401 From The Code 11.59 Chronograph

The ever-controversial Code 11.59 watches have generated God knows how many keystrokes of commentary, most of which is naturally focused on the aesthetics of the watch. Of course, the new (well, I suppose, now not-so-new) collection was more than something new aesthetically – it also featured a very elaborate, multi-part case construction and new movements as well, one of the most impressive of which is a new chronograph caliber.

The caliber 4401 is, like the watch overall, a combination of traditional and contemporary features. It’s a column wheel, vertical clutch design which, according to the article, proved easy to disassemble and which seems to have been designed with sturdiness, reliability, and watchmaker-friendliness in mind. The deconstruction notes, “The act of dismantling the watch without any prior explanation or aid, was simple and logical despite the complexity of the piece.”

The collection, I’m sure, will continue to produce expressions of divided views on the designs. However, one of the takeaways from the deconstruction of the caliber 4401 is that the movement is very much on the same continuum, in terms of aesthetics and technical elements, as the case, dial, and hands in particular and the watch overall. If you’ve ever wondered whether it’s true that developing an in-house self-winding chronograph movement is a major technical challenge, the complexity of the caliber 4401 certainly tends to confirm the fact that making such a movement, starting out with a blank sheet of paper, is not an easy feat. (I remember asking Carole Forestier, during her tenure as chief movement designer for Cartier, whether a tourbillon or chronograph was more difficult to design, and she laughed at my having asked what to her was obviously kind of dumb question. Tourbillons, she said, are child’s play compared to a chronograph, which is not what I was expecting to hear.)

Not only does the deconstruction give you a watchmaker’s-eye view of every component of the movement, but it also includes a lot of generally not widely known detail on the case construction and production processes behind the watch overall. The deconstruction of the Audemars Piguet Code 11.59 Chronograph is a fascinating look under the hood of one of the most talked-about watches in the world.

Grand Seiko overall enjoys a well-deserved reputation for over-delivering on quality, and although in recent years, as the brand continues to distinguish itself from Seiko, it has presented some new watches at price points that came as a surprise to long-time Grand Seiko fans, it has still continued to maintain its reputation in that respect. Grand Seiko is one of the few manufacturers today making time-and-date watches running at a higher frequency than the industry-standard 28,800 vph, and its Hi-Beat calibers and watches have become something of a signature product for the company as a result.

A close look through the caseback of a standard Grand Seiko mechanical model gives an impression not quite found anywhere else in modern watchmaking. The movement is not finished by hand to the extremely high level established by some of the company’s higher-end watches – elaborate hand-finishing, such as that found in the Credor Eichi watches, is in the current Grand Seiko collection, typically found in watches like the 20th Anniversary Spring Drive and its caliber 9R02. But you do immediately get the feeling you are looking at a movement made to extremely high precision standards, and which has been designed for robustness and reliability.

The deconstruction of the Grand Seiko Hi-Beat, and the caliber 9S85A, tends to strongly confirm this impression. Transitions between finished surfaces in the movement are sharp enough to cut yourself, and the entire movement seems to have been designed around a philosophy of near-invulnerability to the elements, as does the watch overall. The deconstruction spends some time dwelling on the crown tube, for instance, which is described as “one of the strongest case tubes ever machined,” and in every aspect, the construction and execution of the watch and movement reflect the same perspective on durability – along, of course, with the signature GS devotion to flawless execution in such externals as the hands and dial.

Words like “craftsmanship” and “extraordinary” get thrown around a lot when discussing high-end watchmaking (I ought to know, because I have done a lot of the throwing over the years), but they are, it is widely held, entirely apt in the case of the watchmaking of Philippe Dufour, who in addition to having a genius for the construction of complications, is an internationally recognized master of the craft and art of high-end movement finishing.

This mastery is conspicuously on display in his Simplicity watches, which are mechanically speaking, watchmaking distilled to its essence (hey, the name’s “Simplicity,” … just what it says on the tin). You can lose yourself in admiration of the finishing of every working and non-working surface until the cows come home, and because this is mechanically as basic as they come, you can see a great deal of the work that went into the watch without taking it apart. But this deconstruction goes further than just showing the beautiful execution of the movement top plate.

One of the most important characteristics of watchmaking at the high-end is that finish should be of uniform, excellent high quality throughout, and in deconstructing the movement, The Naked Watchmaker allows us to see that just as much craft has been exerted on the finish of components, such as the keyless works for winding and setting, which will never be seen by anyone except Dufour himself or another watchmaker. The deconstruction also shows the movement components in their unfinished state, and the transfiguration wrought by Dufour’s expertise is an astonishing thing to see in this deconstruction of a Philippe Dufour Simplicity – as enormous a difference as that between a mound of pigments and a couple of bottles of linseed oil, and the Mona Lisa.

Indeed, the entire Naked Watchmaker website is a visual treasure trove, and there is a greater variety of movements, watches, and other articles for the site to constitute almost an entire horological education in and of itself. We all have opinions, but if you want to have an informed one – or, at least, a less uninformed one – about horology, I cannot recommend the site highly enough. Vintage and modern Rolex, anyone?