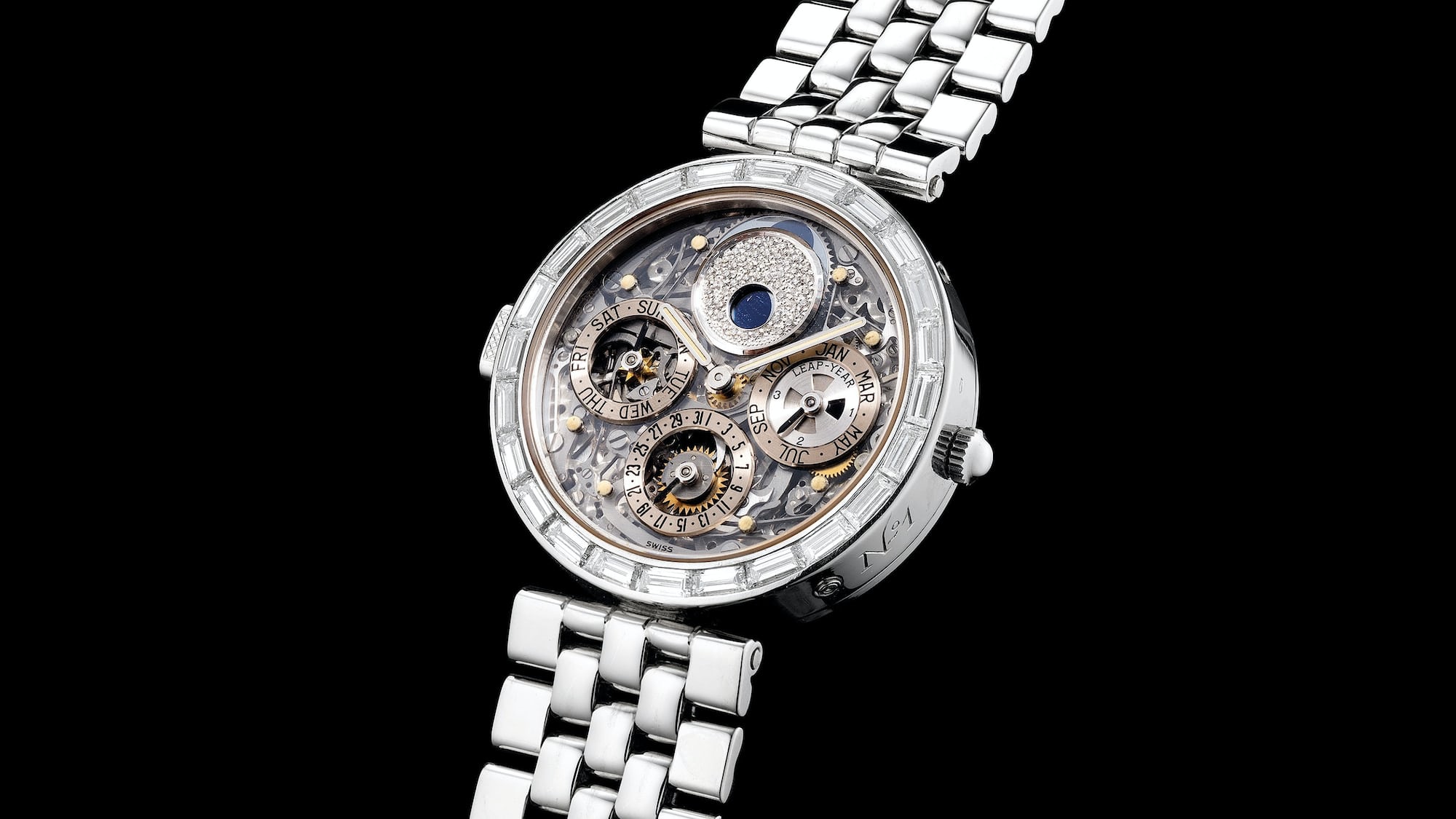 To most of us, the late Gérald Genta, who passed away in 2011 at the age of 80 (ten years ago this month), is a man best known for a few watches – the Royal Oak, of course, the Nautilus, and a few others, like the IWC Ingenieur. Genta’s actual work was far more extensive – and I mean far more extensive. He designed, by his own estimate, something like a hundred thousand watches – so many that even he couldn’t remember all of them. He is thought of by many enthusiasts, on the strength of his work for AP, Patek, and IWC, as a kind of mandarin of minimalism, a model of horological restraint whose work exudes an air of classical harmony and balance – so much so that when Bulgari, who acquired Genta’s eponymous company in 2000, launched a new version of one of his Biretrograde watches earlier this month, there were some readers who opined that Genta would have hated the watch. This is understandable as, if you don’t know just how many different sorts of watches Genta created, you would tend to think, at least based on the Royal Oak and the Nautilus, that baroque complexity would be anathema to him. But in reality, Genta’s incredibly fertile imagination gave birth to some of the most wacky and wonderful watches anyone’s ever made.

One of the best resources for understanding Genta in a bit more depth is an interview published in 2009 on VeryImportantWatches.com (viewable as a PDF). The interview is full of quotable quotes and interesting facts – at one point Genta remarks (after saying he doesn’t like watches and refuses to wear one), “For me, watches are the antithesis of liberty. I am an artist, a painter, I hate having to adhere to the constraints of time. It irritates me.” Given the conditions in Switzerland in the early 1950s, when Genta had just finished his apprenticeship as a jeweler and was trying to scrape a living as a designer in order to support his attempts to succeed as a painter, it’s kind of amazing he stuck with it at all. A person could be forgiven for thinking that a watch designer in Switzerland in those days lived the life of Riley, but it was definitely not all champagne at the Beau Rivage and apres-ski manicures in Gstaad – rather incredibly, the going rate was fifteen Swiss per design, Genta remembered.

That meant that early on, Genta was designing for as many different clients as he could, including not just watch brands, but also suppliers. He recalled, “By this I mean that, for example, my direct client wasn’t Omega, but Omega’s suppliers, and it was in this manner that I participated in the creation of the Seamaster, or of the Constellation, for example by designing the case for the one, or designing a dial or a bracelet for another. Today, even within Omega itself they do not know all that I have done for them, but no matter!” Over the course of his design career, Genta had an incredible range of clients, including some rather unexpected ones – he did work for AP, sure, starting in 1953, but he also designed for Benrus, Hamilton, and Bulova in the USA, and he even designed for Seiko (the Seiko Credor “Locomotive” from 1979) and Rolex (the King Midas). And I know it’s a watch whose BVLGARI BVLGARI logo is an invitation for some of us to drink the haterade, but yes, he did the Bulgari Bulgari as well.

In 1969, Genta started his own company, which produced watches under his own name until he sold the firm in 1998 to devote himself to painting. During the period in which he owned and directed the company, it produced watches that, in many cases, are so floridly baroque as to make you wonder how they could possibly have been created by the same guy who gave us the Royal Oak. These included retrograde complications, Disney character watches with retrograde hands, and high complications – often in cases that looked ornamental enough for King Ludwig Of Bavaria.

The Retro Fantasy watches are actually some of my all-time favorite wristwatches from anybody, ever (I have a weakness for Mickey Mouse watches – as a matter of fact, in my pre-HODINKEE days, the first story I ever wrote for Revolution was a history of Mickey Mouse watches. I pitched the story to Wei Koh as a joke during the launch party for Revolution USA, and he told me he wanted 3,000 words). There were a fairly large number of different models, and they were no-holds-barred luxury watches – as a matter of fact, the Retro Fantasy Mickey in white gold was the most expensive Mickey Mouse watch ever made. I have not done much digging around for them lately, but I understand the Goofy Retro Fantasy watches are the hardest to find, if you’re in a collecting mood; and there is even an online guide to them on WatchUSeek (the author rather charmingly describes the fact that his grail watch is a white gold Retro Fantasy Mickey as “immature and weird,” which might be the most self-aware thing any watch enthusiast has ever said in public, ever.)

After all the stylistic and occasionally ghastly excesses in horology of the last twenty years, a Mickey Mouse luxury watch seems like pretty small beer, but they actually got Genta kicked out of a trade show when he debuted them, in 1984.

Now, admittedly, “scandal capable of rocking the Swiss watch industry” is not setting the bar very high, but the way the organizers of the Montres et Bijoux trade show reacted, you’d think it was the Dreyfuss Affair or something. Apparently, the show managers were a pretty humorless bunch even for Swiss trade show managers – trade pub The Eastern Jeweller And Watchmaker wrote:

“They [the show managers] did not see things in this light. They were not prepared to let themselves be touched by such gentle reminiscences. They declared it made no difference that the models in question were made of gold and diamonds, adding coldly that such a serious exhibition as it was their privilege to administer had no room for mice, panthers (especially the pink variety) Popeye, and other unsuitable characters.”

Genta, whose reputation for being outspoken and opinionated was well-deserved and hard-earned, responded to the show’s demand that he remove his cartoon character watches from his booth window by leaving the show entirely. You have to wonder what it would take to get kicked out of a trade show nowadays, but it was a different time (HODINKEE executive editor Joe Thompson tells me the show, in New York, was held at the Metropolitan Club, which ought to tell you something about the expected tone … but, you know, still).

There is much, much, much more to tell about Genta’s career, but if you have gotten this far, I hope you have enjoyed finding out that the sometime Mandarin Of Minimalism was not above, at least occasionally, being the Mayor Of Crazytown as well. As his wife Evelyn put it, in an interview with EuropaStar last February, “You have to be free to create. That’s why he never worked for anybody.” I encourage everyone to give that interview, and the VeryImportantWatches.com interview, a read – both show that beyond the stereotypes, there was a highly complex, seemingly inexhaustible creative mind which, albeit Genta was a bit of artist manqué, was capable of finding almost limitless ways in which to express itself.

In order to increase awareness of Gérald Genta’s work, and to promote his values in modern fine watchmaking, Evelyn Genta has established the Gèrald Genta Heritage Foundation.