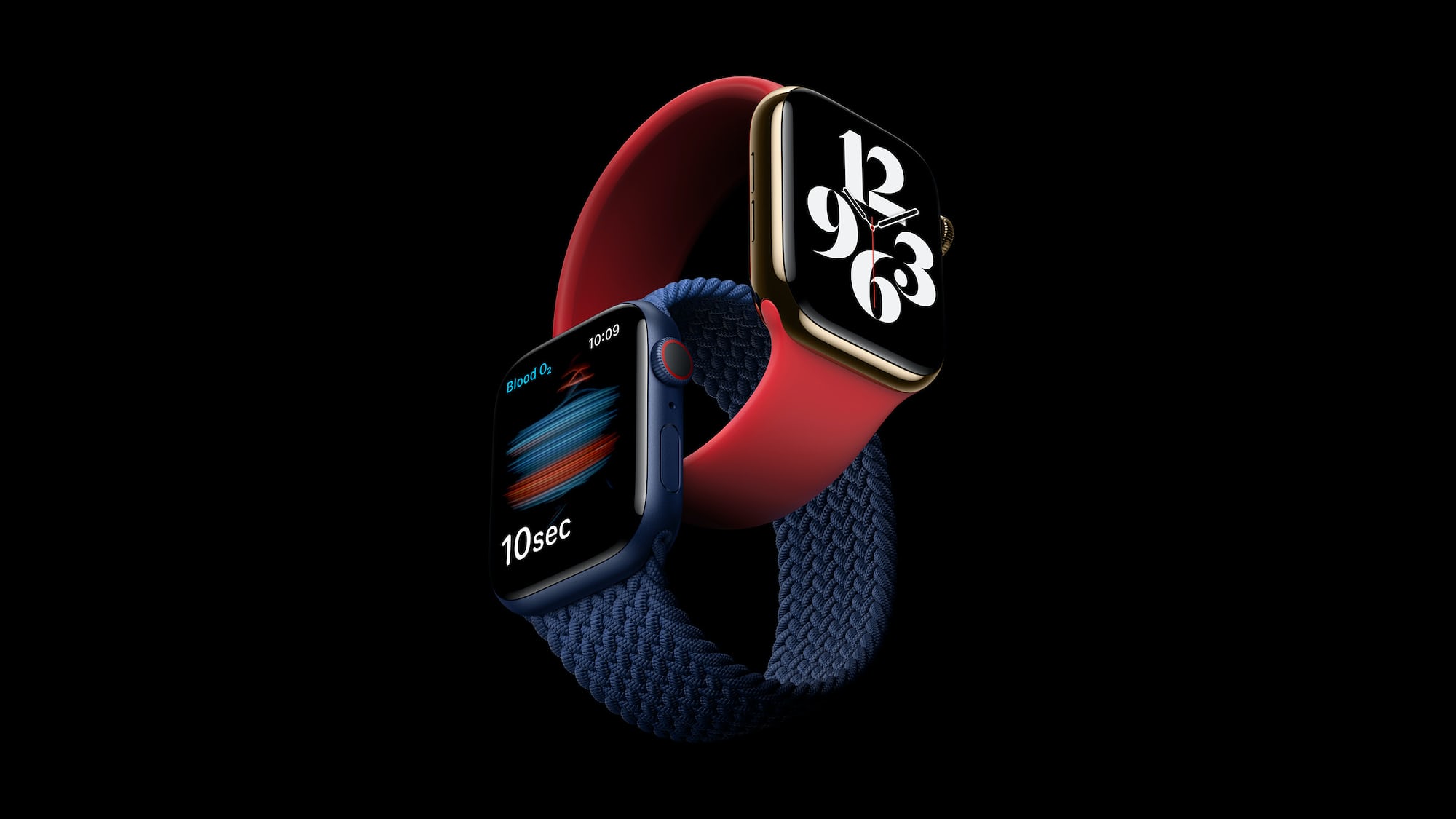 Despite all the chaos of 2020, there’s one thing I knew all along we’d be able to count on: September would bring us a new Apple Watch. It’s like clockwork, if you’ll pardon the pun. Today, via a completely virtual keynote event, Apple has released not one, but two new Apple Watch models: The premium Apple Watch Series 6 and the more affordable Apple Watch SE.

This is the first time in six years of Apple Watch releases that we’re getting two truly new models at once (the Series 0/Series 1 situation from when the Series 2 was released doesn’t count). It shows that Apple is dedicated to building out the Apple Watch line-up for different customers and to making sure that new customers who want something at a lower price point can still take advantage of many of the latest features, which is always a problem when you simply use an older model as the budget option.

Apple CEO Tim Cook kicked off Apple’s keynote presentation by saying that “Apple Watch revolutionized what a watch could do,” before almost immediately throwing to Apple COO Jeff Williams to introduce the new Watch models. There wasn’t the usual litany of announcements, retail updates, etc. that we tend to get at the top of a keynote like this. It was right into Apple Watch from the top, and it was made clear that this is a huge priority for Apple right now.

Before getting into the new hardware though, both Cook and Williams made a point of emphasizing the different apps and services that they utilize on their Apple Watches. They positioned the Apple Watch as a personal portal to a whole host of things that range from daily necessities to fitness tools to diversions. This led into a recap of the new features coming to watchOS 7, which rolls out tomorrow, September 16, including things like sleep tracking and a hand-washing app. You can learn more about that here. This would turn out to be some serious foreshadowing, as Apple launched other services that interact with Apple Watch, including Fitness+ and the new Apple One program, but those are stories for another time.

For now, let’s talk hardware. Up first is the new Apple Watch Series 6, the latest iteration on Apple’s flagship smartwatch. For the most part, the form factor and basic look have stayed the same, with the edge-to-edge screens, case shape, and Digital Crown all remaining basically the same. What is new, however, is a host of new color and material options. There’s an updated version of the gold-finished stainless steel case, a new graphite grey steel case, a blue aluminum case, and a red aluminum case for Product(Red). The other colorways remain unchanged, so whether you want a Space Black titanium case for your Apple Watch Edition or the gold-toned aluminum, you’re covered. The new gold-colored steel case looks a bit lighter and more low-key than the previous version, and I’m excited to see what it looks like in person

The real big hardware news, though, is the introduction of a new sensor array on the back of the Series 6. For the first time, this includes a set of red and infrared lights and complementary sensors that can measure your blood oxygen level. All you have to do is activate an app, wait 15 seconds, and you get an instant readout. The Series 6 also takes background readings periodically, so your Watch can let you know if something is amiss (similar to what it has already done with heart rate and rhythm).

Where things start to get interesting is when we get into watch faces and watch bands. A centerpiece of the keynote was a presentation narrated by Apple’s VP of Human Interface Design, Alan Dye, walking us through all the new watch face options. If you haven’t heard my interview with him on HODINKEE Radio from last year’s Series 5 release, I highly recommend you check that out. My main takeaway: The new watch faces are what you get when someone who really understands and appreciates watches is at the helm. There’s a souped-up Chronograph Pro face with things like a tachymeter, there’s a GMT face that resembles a certain classic sport watch, there’s a Count Up face that uses a virtual timing bezel, and then there are a bunch of new fun faces including a Memoji face, a Typograph face, and a face designed by artist Geoff McFetridge. When Dye says their guiding principle for designing these faces was “a deep respect for the history for timekeeping,” I believe him.

And then we’ve got straps. So. Many. Straps. The big news on that front is a pair of straps called the Solo Loop and Braided Solo Loop, both of which feature totally seamless designs, so there are no clasps or buckles to worry about. You pick your size (there are a bunch on offer) and simply stretch the band over your wrist. It doesn’t get more minimal than this. The Solo Loop is made of liquid silicone, and the Braided Solo Loop is made of 100% recycled yarn with silicone threads woven into it for stability and stretch. As someone who is very fussy about how my straps and bracelets fit, I am super excited to try these out. There’s also a new Leather Link bracelet that pushes in the same seamless direction. Finally, both Nike+ and Hermès Watches have new strap options in a variety of colors and styles.

For the nerds, the Series 6 is powered by a new chipset that Apple calls the S6. This has a dual-core processor based on the A13 Bionic chip that powers the iPhone 11 Pro, and it should run 20% faster than the chip in the Series 5. The always-on display also has increased brightness capabilities for when it’s in ambient mode, with the intent of making it easier to read your watch outdoors at a glance.

Prices for the Series 6 are right in line with what prices were for the Series 5, so you’re looking at a $ 399 starting price for the aluminum models with GPS, and you can spec out an Apple Watch Series 6 Edition up to nearly $ 1,000 if you want all the extra bells and whistles in addition to cellular capabilities. There are also Hermès and Nike+ models available at a premium, both featuring new strap and watch face options too.

Now, if you want a slightly less expensive Apple Watch, you’re in luck. Apple also introduced the Apple Watch SE, the more budget-friendly alternative to the Series 6. This watch has the larger displays of the new models as well as many of the same sensors inside (although it doesn’t have the blood oxygen level sensors). It has an aluminum case, available in silver, Space Grey, and gold, and there are also a few Nike+ models in the mix. All the watch bands available for the other models work on the SE, as do most of the new watch faces. It uses an S5 chip, making it twice as fast as the Series 3, which is the least expensive version still on sale. Williams called the SE “the perfect watch for new customers,” and it starts at $ 259 for GPS models with 24-month financing available through Apple.

The only thing that I find a bit confusing about this new two-release set-up is the fact that Apple is keeping the old Series 3 in the line-up too. With prices starting at $ 199, yes, the Series 3 is about $ 60 less than the new SE. But if the SE is meant to be the “affordable” and entry-level Watch, why keep a model in the collection that’s even less expensive? I’m all for making these products as accessible as possible to as many people as possible, but this three-tier approach does have me scratching my head a bit.

Overall, it seems like this year is more of a “tock” year in the usual “tick-tock” cycle, just as we expected, with a year of massive hardware redesign followed by a more incremental year of refinement and aesthetic updates. There are a number of significant changes, sure, but unless blood oxygen levels are a make-or-break feature for you, the Series 6 is essentially a souped-up Series 5 with a ton of new watch faces, case materials, and strap options.

The new Apple Watch models, both Series 6 and SE, are available for pre-order today directly from Apple and will start delivering this Friday, September 18. They should also be available in Apple Stores across the globe on Friday. Stay tuned – we’ll have tons more in-depth coverage of the new Apple Watch models for you very soon. (If you need a refresher, check out the review of last year’s Series 5 in the meantime.)