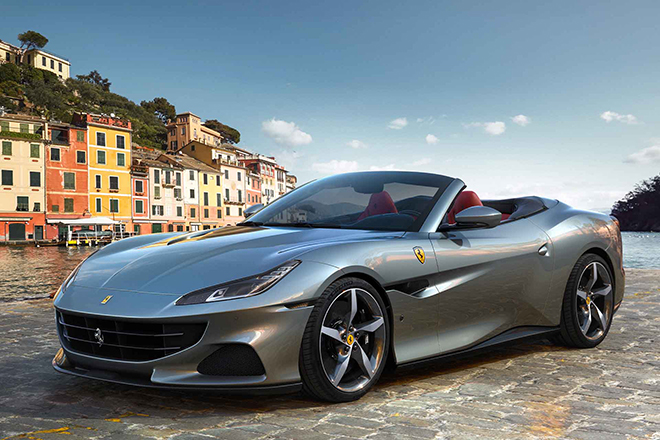 Featuring the legendary ‘M’ suffix, for Modificata, in its name, the new and improved Ferrari Portofino boasts a slew of advanced technical and design features, such as an eight-speed dual-clutch gearbox and a five-position Manettino. Regarded a highly revolutionary build, the Ferrari Portofino M invites drivers on a voyage of rediscovery. Replacing its original seven-speed gearbox, its engine’s design is based on dual-clutch oil bath architecture with a 20% smaller clutch module and a 35% higher torque delivery. Through evolving the car’s transmission software strategy with an increasingly dynamic ECU, the introduction of an eight gear proved to not only be efficient and but significantly reduce fuel consumption in urban and motorway contexts. As a result of new cam profiles and an additional speed sensor on the turbocharger assembly used to measure the turbine revolutions, the Ferrari Portofino M’s power unit is capable of punching out 20cv more (620cv) than its predecessor. Underscored by a slash on its front bumper that flows into the flank design, the all-new Ferrari Portofino M showcases intricate visual harmony, leading from the front, all throughout its sides and unto the rear. With a multi-level dashboard comprising of an upper half and an intermediate gap designed to light the perceived mass of the lower half, the Ferrari Portofino M interior has allowed designers to rationally organize its in-car devices whilst simultaneously defining its signature full-width architecture. 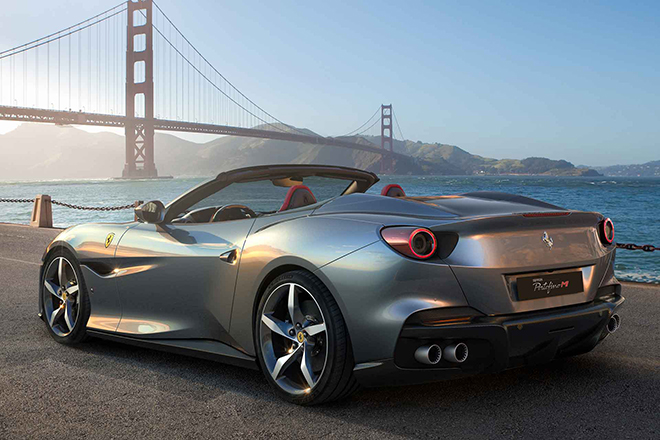 Utilizing padding of contrasting density and an ultra-compact seatback profile, the Ferrari Portofino M seating are a product of innovative magnesium structures, aimed to provide ample rear seat room, and three-level ventilation through adapting to the speed, temperature, and airflow of the outside world.

Ultimately, the Ferrari Portofino M is stacked with impressive functions, the most notable include, Rear Cross Traffic Alerts which warn drivers of moving obstacles hidden in the car’s rear blind spot whilst reversing, a Predictive Emergency Brake System intended to alert drivers of potential collision risks whilst readying the car to lessen the consequences of a frontal impact, and Lane Departure Warnings which provide acoustic and visual alerts that the car has strayed out of its lane. Worth an estimated $ 243K, the Ferrari Portofino M is expected to debut on the market in late Spring 2021.

The post The $ 243K Ferrari Portofino M Invites Drivers To Rediscover More Than The Depth of Their Wallets appeared first on LUXUO.