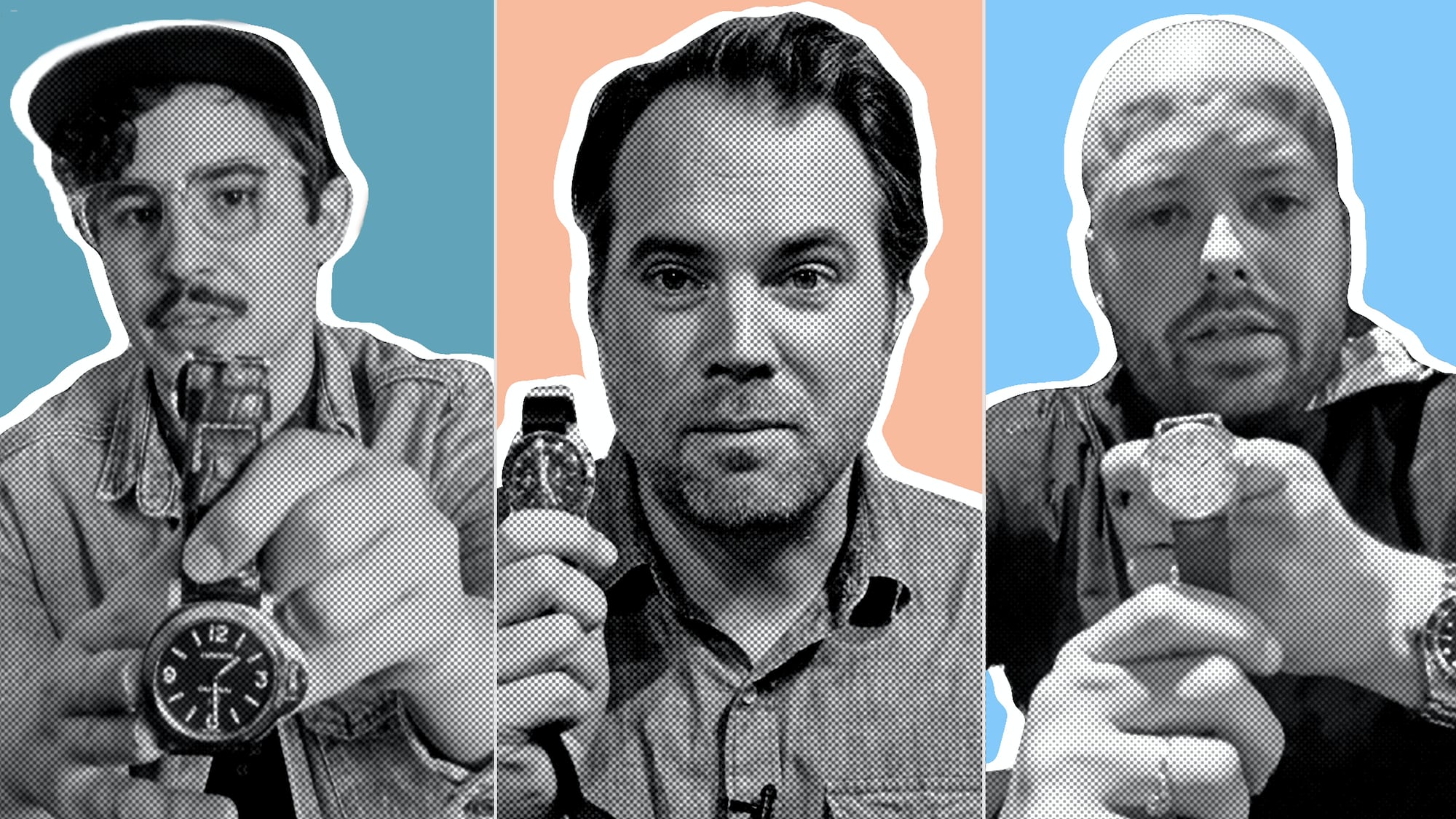 Welcome to another installment of “My Watch Story,” a video series starring HODINKEE readers and their most prized watches. The submissions continue to stream in, and we couldn’t be happier to share them with the watch community. Today, we have five new stories submitted by David Myers, Desmund Mojica, Corey Cavalieri, Sean Ogle, and Joseph Stuart.

Feeling inspired, or just discovering this project? Please scroll down to the bottom of the page to learn how to submit your own video. But first, we hope you enjoy this installment of My Watch Story.

David Myers And His Grandfather’s Hamilton

David, who lives in Ann Arbor, MI, received this Hamilton from his father, but it originally belonged to his grandfather. His grandfather was an engineer by trade, and his work included building the DeSoto automobile factory in Detroit – and this Hamilton was a gift from DeSoto. Today, it’s an important piece in David’s collection, and one that he plans on passing down to someone else in his family.

Desmund Mojica And His Panerai Luminor

A native of Oahu, HI, Desmund received this Panerai Luminor as a 25th birthday gift from his parents. He originally wanted something more complicated, but settled on this no-frills, time-only piece – and doesn’t regret it. He has taken it on a lot of trips (including to Milan and the Panerai boutique), wears it daily, and looks forward to creating more memories with it on his wrist.

Pennsylvania-native Corey has other meaningful watches in his collection, but this AP Royal Oak Nick Faldo Edition in tantalum is special because of the relationship that came out of acquiring it. He first saw it on Miami-based dealer Matt Bain’s Instagram account and reached out inquiring whether it was for sale. Turned out it was, and Corey and Matt continue to talk watches to this day.

Sean Ogle And His Omega Speedmaster

Joseph Stuart And His Grandfather’s Pulsar

Joe, who is from Australia, counts this Pulsar as his most important watch. It belonged to his grandfather and was given to nine-year-old Joe after his grandfather’s passing in 1994. Today, Joe wears it on occasion, and when he does, it reminds him of both his grandfather and of the moment his father handed it to him.

Ready To Submit Your Own Watch Story? Here’s How It Works

1. Pick one watch that is very special to you, and get your camera phone ready.

2. Record a video telling us your most interesting or meaningful story about your watch. Let’s say 2-3 minutes is the sweet spot – if you go longer, that’s okay. (And please remember to introduce yourself: your name and where you are from.)

3. Get creative, keep it clean, and have fun!

4. Take some photos on the wrist and a few shots of the watch so that we can proudly display them on our site. Horizontal, please.

5. To share your video and photos, you can either A) upload here; or B) upload to your preferred large file transfer service and send a link to mywatchstory@hodinkee.com.