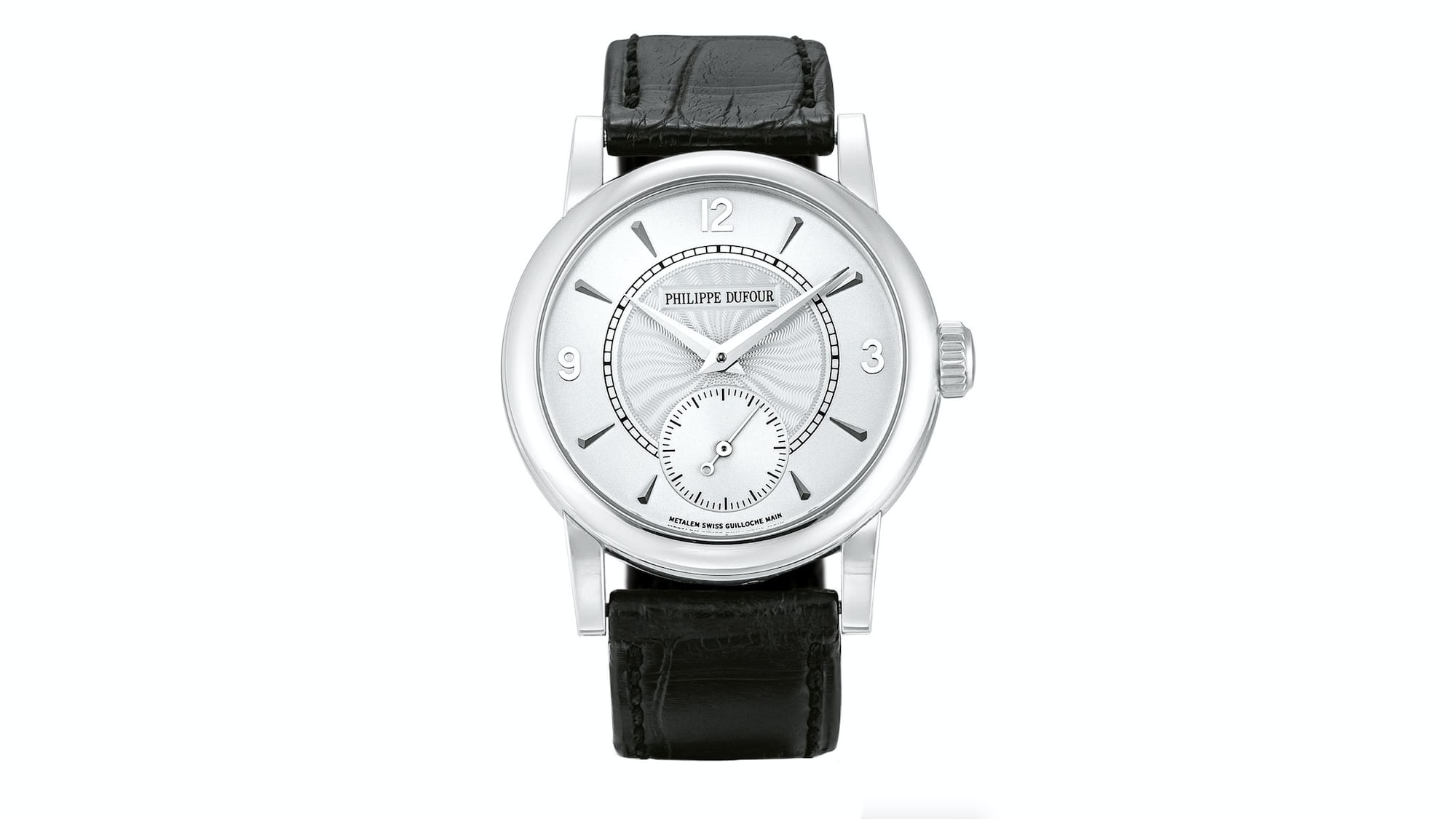 Yesterday, I told you about a new limited edition series of Simplicity watches from Philippe Dufour and mentioned that a pair of the OG versions would be sold at Sotheby’s Hong Kong just a few short hours later. Well, the hammer has fallen, and boy are the results interesting. Despite what their estimates forecasted, both watches blew past previous records for Simplicities sold at auction, and the 34mm Simplicity, number 100 in the series, brought in an absolutely incredible $ 662,698 at current exchange rates (5,136,000 HKD). The 37mm Simplicity, which originally carried a higher estimate, also fetched big dollars, selling for $ 455,217 (3,528,000 HKD). Like I said: Very interesting.

It was only four years ago that the very first Simplicity sold at auction, so this market is extremely young, all things considered. In November 2016, three examples of the Simplicity came to auction within a 48-hour window, though they presented three different configurations of the watch: one was 37mm in white gold, one was 37mm in rose gold, and one was 34mm in white gold. Since then, we’ve seen the market have a strong preference for the larger white-gold pieces, hence the balance of the estimates for today’s sale in Hong Kong. However, it looks like being able to nab no. 100 was too alluring for collectors (remember, the Simplicity was originally supposed to be a series of just 100 pieces, so this would have been the final watch), driving the price of the 34mm watch to new heights. I mean, that “N. 100” does look pretty damn cool on the movement, doesn’t it?

The question you’re probably asking right now is what this means for the market on Simplicities more generally. And, to be honest, I don’t think the no. 100 results mean much at all. This is a special watch, and I think the price is mostly down to that. Maybe if no. 200 or no. 1 were to appear at auction, it might have some impact, but otherwise, I think we can treat this as an edge case. The result for the 37mm white-gold watch is what we should be paying attention to. It represents almost a 50% increase in price when compared to the two 37mm white-gold examples sold at Phillips last year (both sold for around $ 325,000, here and here), and we’re starting to get close to the watch doubling in value since the first one sold at auction in 2016.

If you had asked me yesterday what the introduction of 21 new Simplicities would do to the auction market for the original examples, especially when announced just a day before two of them hit the block, this definitely isn’t the outcome I would have expected. I probably would have told you prices would stay mostly flat, especially given the broader global context right now, but this just goes to show that sometimes collecting watches isn’t as straightforward as it might seem. One thing is clear: Demand for extremely special watches like these two is still strong and shows no signs of slowing down. It will be interesting to see if this bears out through the rest of the 2020 auctions – luckily, we won’t have to wait very long to find out.