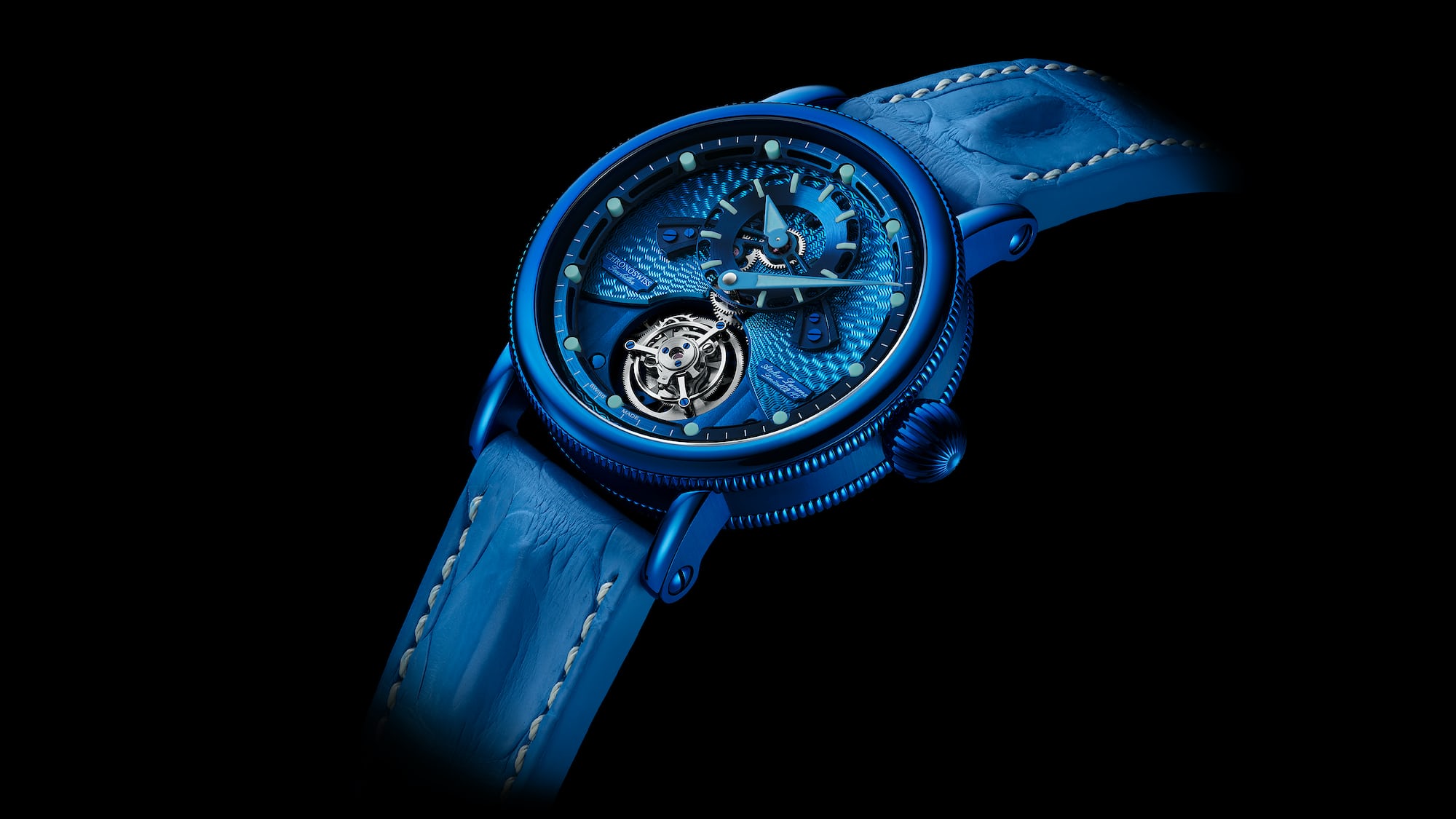 Chronoswiss is a company rather dear to my heart – the company, which was originally founded in 1983, was one of the first new watch brands to emerge from the Quartz Crisis in response to not only a nascent demand, but also a growing faith in the fascination to be found in mechanical horology. The company has, since the late 1990s and early 2000s, had some ups and downs in terms of visibility and direction, but in the last couple of years, it has been introducing a range of new watches which are intended to draw on its historical strengths while, at the same time, attracting new customers as well (Chronoswiss actually accepts payment in bitcoin, speaking of inhabiting the contemporary world).

The classic old-school Chronoswiss watch was a large, mechanism-forward timepiece with a large, easy-to-grasp and easy-to-manipulate onion crown and a coin-edge case, often (as a matter of fact, I think almost invariably) with straight lugs and screwed-in strap bars. The company was known for its regulator-style watches, and one of its better known was the Régulateur à Tourbillon, which featured a flying tourbillon in an open, guilloché decorated dial. Chronoswiss has just announced a new version of the watch, but with a complex multi-part case and semi-skeletonized movement and dial (which has 42 separate parts) in an extremely striking shade of electric blue (courtesy of a CVD plating process). The movement is the caliber C.303, and the watch is being released in a (very) limited series of 15 pieces, at $ 39,000 per watch.

As with the original regulator tourbillons, it’s a large (44mm x 13.10mm) timepiece, and the vivid blue color’s underscored by the application of Super-LumiNova to the indexes and hands, giving it a rather dramatic presence once it’s lights-out.

I loved the vibe of the original Chronoswiss watches, which had all the staid, old-fashioned appeal of a pre-WWII open-wheel sports car. The newer designs are apt to be polarizing for anyone who loves the slightly fuddy-duddy, pocket-watch-on-a-strap feel of the earlier designs, but at the same time, you certainly can’t fault the company for recognizing that its designs, after all, have to continue to evolve.

This is all by way of saying, to paraphrase that old car commercial, that this is not your father’s (uncle’s? older cousin’s?) Chronoswiss. The extremely vivid coloration reminds me of the iridescent wing of a Blue Morpho butterfly, and I bet this is an extremely eye-catching watch in person, day or night. It really begs to be seen and evaluated in person – much as I have a general fondness for rather more conservative, minimalist watch designs than not, it never hurts to see a design trying to have a little fun for a change. After all, it would be a funny old world if we were all the same. At just 15 pieces worldwide (and, hey, travel restrictions), this is another one of those watches which, alas, I am not apt to be able to see in the metal for some time if at all, but I’d love to try.