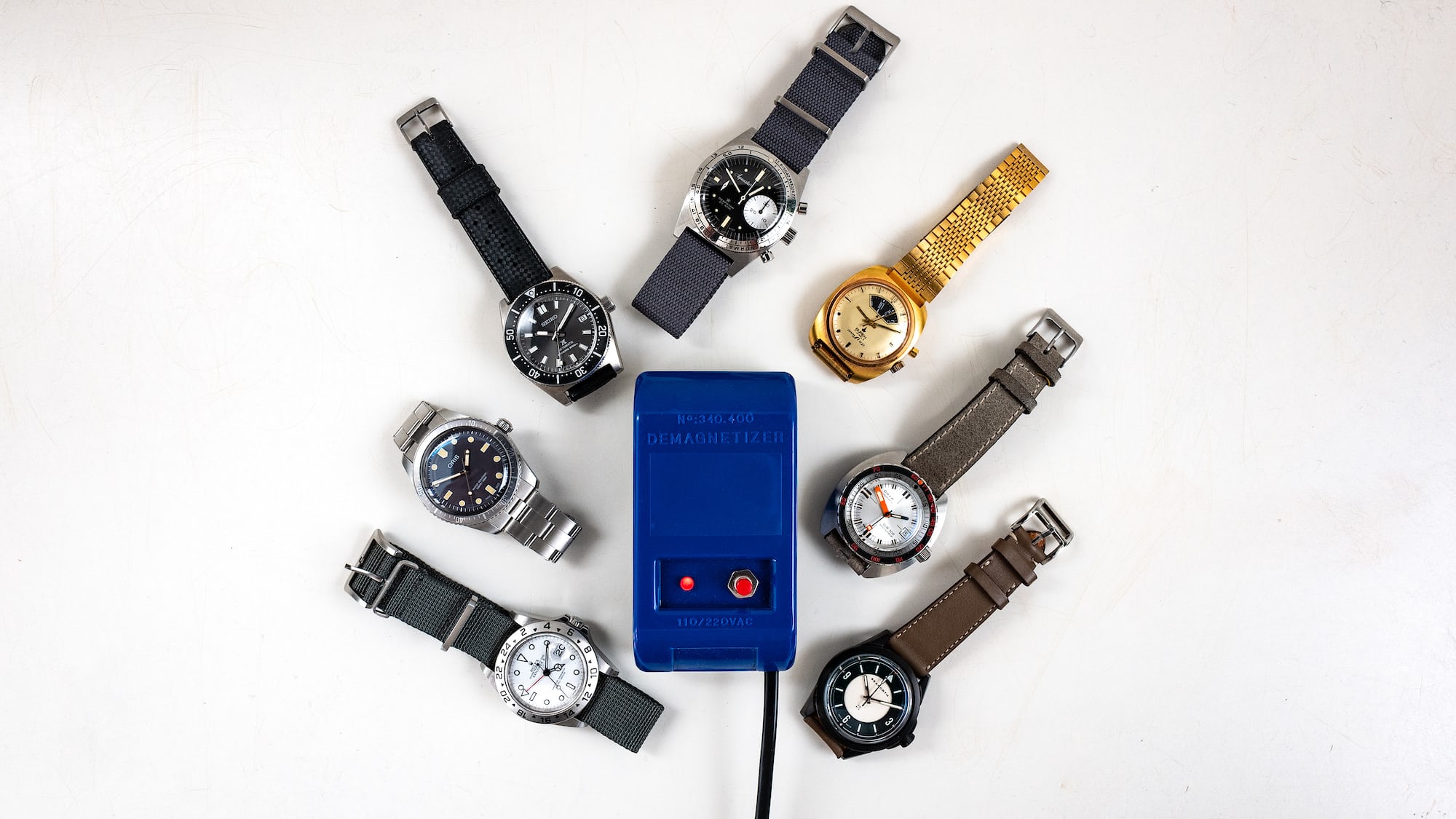 To the average watch owner, few modern factors present a bigger challenge to a mechanical watch movement than the scourge of magnetism. Sure, water resistance is important, but you can generally see water coming and work to avoid it if you don’t want to get wet. Conversely, magnetism is a silent, unseen threat to the daily wearability of your watch and I’d wager that many of you have dealt with one (or several) of your watches getting magnetized.

Magnetized watches run poorly because major components, most commonly the mainspring, cannot interact as they normally would within the structure of the movement. The result is a watch that may run quickly, erratically, or, if the magnetic force is strong enough, stop altogether. So what can you do?

The first option is to go to a watchmaker and have them demagnetize your watch. While this is a fine choice (and even saves you from reading the rest of this article), access can be difficult in some areas, and let’s face it, going to your watchmaker does not a How-To make. For those willing to roll up their sleeves and push a single (and exceedingly low effort) button, I recommend picking up a watch demagnetizing tool.

I’ve had one for years. It’s a very simple contraption that can be sourced from most online retailers that stock watchmaking supplies. This one is from eBay and costs no more than $ 15. For what is little more than an electromagnet with a dead-man on/off switch, this simple gadget has one job to do: It allows you to easily demagnetize your watches.

Generally, you’ll know demagnetization is worth a shot if your watch has suddenly started running quickly or has recently become very erratic in terms of the length of the power reserve and the watch’s accuracy over that period of time. That said, if you’re more curious or feel the need for confirmation, there are ways to test to see if your watch is magnetized.

First, you can use a compass. I prefer a simple digital compass, like what you can find buried in the feature list of a Garmin Fenix or a Casio ProTrek. Turn on the compass and then slowly bring your watch closer to the compass display; if the heading changes considerably in response to your watch getting close to the compass, your watch is magnetized.

While I have anti-magnetic watches that literally won’t “move the needle” on the compass, I will break out the tool for any watch that isn’t running well or any watch that causes a swing of more than 10+ degrees. I treat this a bit like keeping my kitchen knives sharp. It’s quick maintenance and it certainly doesn’t take long to do a quick de-mag pass on even a large collection.

The other option is to use the compass feature that is quite possibly built into your phone. From one phone to another I have found this to be much less reliable in terms of results, but there is an iPhone app called Lepsi that is specifically designed to use the iPhone’s compass hardware to detect magnetism. I’m sure something similar is possible on the Android platform assuming the phone in question has the correct compass hardware. That said, I have always preferred the simplicity of a compass, especially as more and more phones are employing powerful onboard magnets.

How To Use The Tool…

Once you have confirmed that you have a watch that requires demagnetization and taken delivery of the demagnetizer, the process is simple but specific. Speaking from past personal experience, please know that if you don’t follow some sort of technique, this process will not work and you will likely only increase the level of magnetism afflicting your watch.

And that’s all there is to it. While it’s promising that many modern brands have gone to great lengths to protect their movements from the effects of magnetism, we all likely still own a watch or two that will fall prey to the polarizing power of the silent and invisible magnetic forces all around us. Thankfully, the solution is cheap, easy to use, and a worthwhile addition to any watch enthusiast’s repertoire.