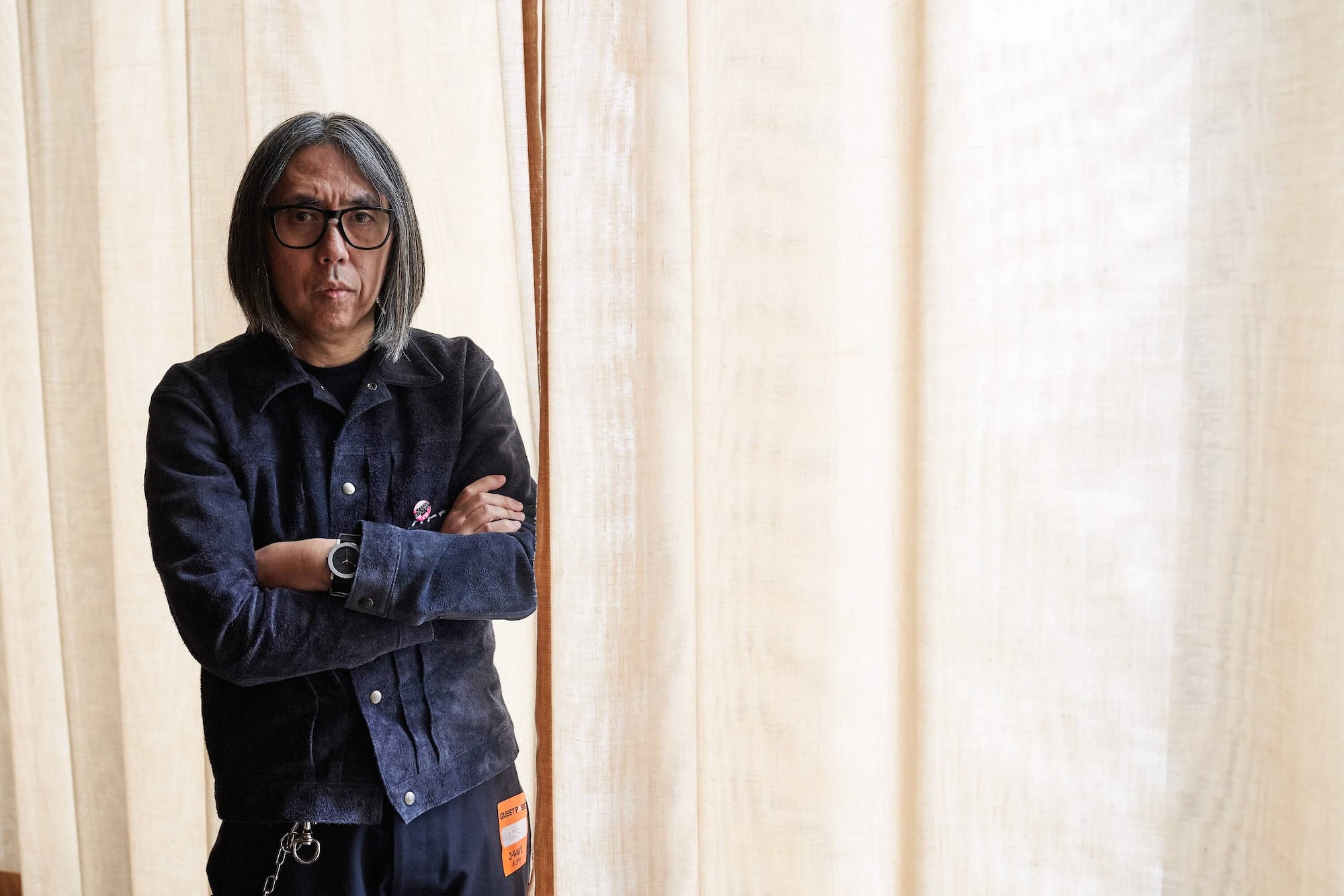 Late last year, Bulgari released a big, cool watch – but unless you’re the kind of person who hangs out in Harajuku, you probably didn’t know it. The watch is a Japan-exclusive timepiece in collaboration with streetwear brand Fragment Design, led by Hiroshi Fujiwara. Based on the iconic Bulgari Bulgari, the Fragment x Bulgari features a sandblasted stainless-steel case and special bezel engraved with “Bulgari” at the top and and “FRGMT” at the bottom. The deep black dial sans indices carries a massive presence.

Bulgari and Hiroshi Fujiwara have previously collaborated on bags and accessories, but this was their first watch project. “Initially, I didn’t feel I could add much to the Bulgari brand, which is widely recognized for their high-end jewelries,” Fujiwara says. “But that changed when I actually started to talk with them. I felt that Bulgari was looking to do something new that they have never done before. I think I’m known amongst more of a street-style audience. Instead of pulling that crowd to the brand, I thought about expanding the possibilities for the Bulgari fans and the people who are interested in the brand.”

The challenge was to push Bulgari enough to make a difference, but still respect the brand’s heritage. “They let me see all sorts of archives,” Fujiwara says. “I actually wanted to do a digital piece as well. I learned that they’ve actually done it with the 45-year-old Bulgari Roma series. That one looked awesome. I think my generation, especially those rich folks in the (Japanese economic) ‘bubble’ era all had Bulgari Bulgari on their wrists. I wanted to change that impression of the line, and I think I was able to pull that off. The ‘bubbliness’ is now gone.”

The charm of this watch reveals itself when you handle one. The matte gunmetal finish gives it a military feel, with a combination of cylindrical case and straight lugs. A masculine move for a brand that, not so long ago, was primarily known as a women’s jeweler.

“I experimented on the dial, for instance adding lume,” Fujiwara says. “There were lots of ideas like omitting the series-defining engravings from the bezel or using a red sapphire crystal, for example. But ultimately I removed basically everything, as I felt that just looked beautiful. “

Bulgari took Fujiwara’s proposals, and added some of their own. “If you look closely, you’ll see the very edge of the bezel is polished,” Fujiwara says. “That’s one of the ideas that their design team slid in. That adds a subtle sense of luxury back into the piece. That’s very Bulgari, and I thought that was the right balance once I saw the sample. On the other hand, I must say I was surprised they let me put the watch on a NATO strap. I thought Bulgari was a brand who’d never use something like nylon. That put further emphasis on the rugged and masculine feel to the piece, and you could even say it has an industrial quality to it.”

Fujiwara is a watch enthusiast himself. But even with a fashion background, he doesn’t coordinate his watches and his clothes. “I quite like the randomness of not doing it,” he says. “You know, a watch that nobody notices could be a super rare piece, for example. It’s fun to wear something like that with a casual and plain outfit. Watches are an ultimate form of personal entertainment, including that unbalance-ability.”

Fujiwara is also known for doing a wide variety of collaborations. And this one wasn’t necessarily so obvious: “It was an unfamiliar territory for me, but something interesting could happen because of that. That’s how we got going. A strange collaboration can be more fun than something you know well.”

You might even say the unlikeliness is what led to these striking results. “I think I was able to inject something unique to the watch,” he says. “Something that Bulgari by themselves wouldn’t have thought of. That’s why we do collaborations.”

This article first appeared on HODINKEE.jp, which you can visit by clicking here.