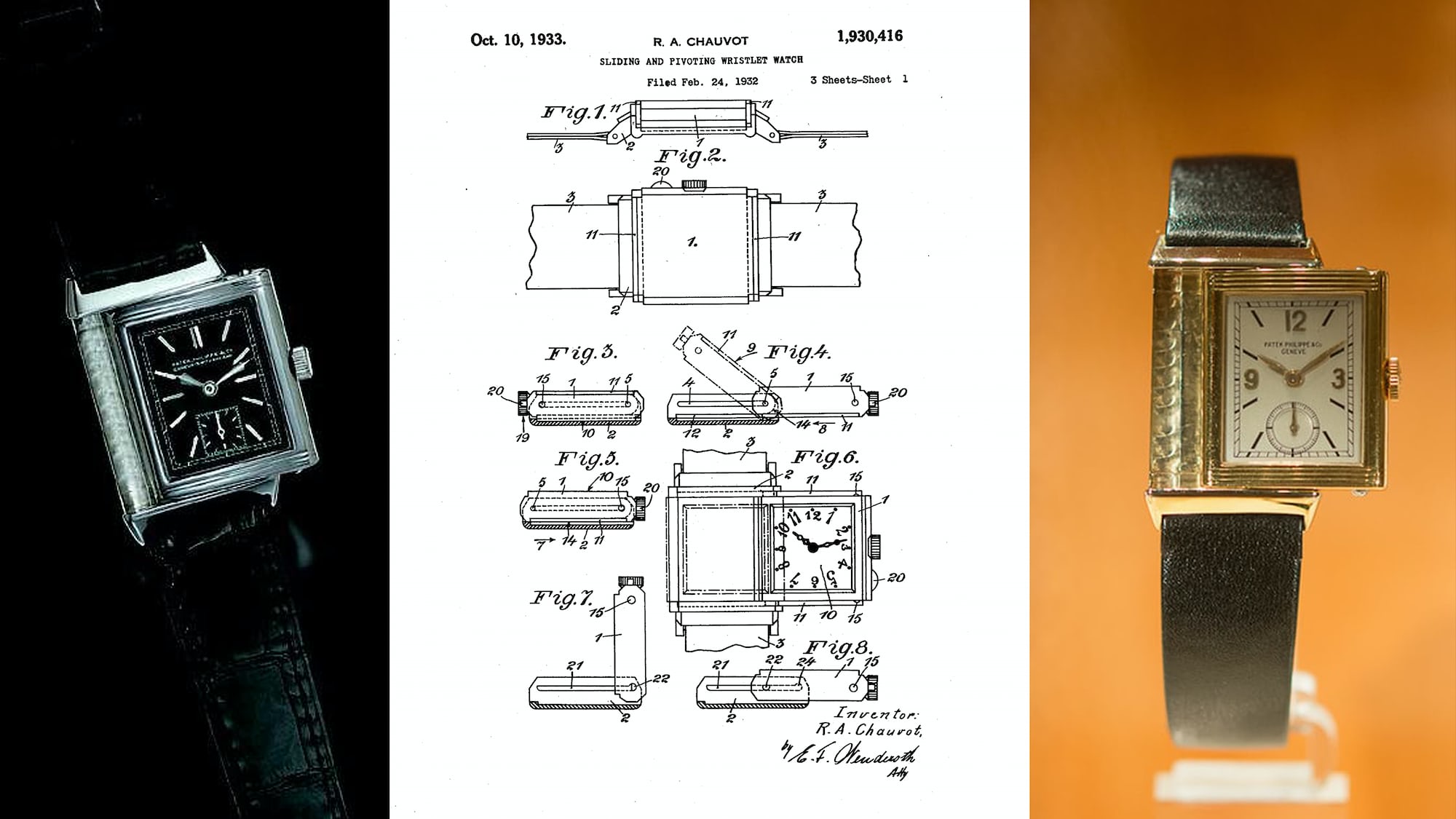 I should probably preface this by saying that despite the headline, you may very well know all about these watches. But to me, they came as quite a remarkable surprise. I’m actually not entirely sure how I ran across them – probably researching production dates for Reversos, which is how I spend my wildest Saturday nights – but they certainly seem rare enough, both in terms of numbers and in terms of how frequently they show up at auction (spoiler: never, or nearly never) that they seemed more than worth sharing.

Okay, so what are the watches? They are Patek Philippe Reversos – watches cased and branded Patek Philippe, but with Reverso cases, provided to Patek in 1931 and 1932. Only eight cases were provided – four in white gold, and four in a mixture of white and yellow gold. I discovered these details thanks to @books_on_time on Instagram, who was kind enough to direct me to a fascinating post on these watches from @vintagewatchesarchive.

Apparently, the last time one showed up was at Christie’s, all the way back in 2010, where it hammered for CHF 147,000. Before that, the only other auction result I can find is from Antiquorum, where in 2000, one hammered for CHF 335,000. Five have appeared at auction, while the location of the other three remains unknown. There are a tiny handful of images on the Internet, but mostly, you hear about or see these watches so rarely that for most of us they may as well not exist.

@vintagewatchesarchive has the full story right here, and I enthusiastically recommend reading their other posts as well – a lot of gems in there, including these Patek Reversos – a unicorn watch for Patek collectors if ever there was one. You can also read more about them at Le Monde Edmund, as well. A big thank you to @vintagewatchesarchive for the post and for providing additional resources for this story.