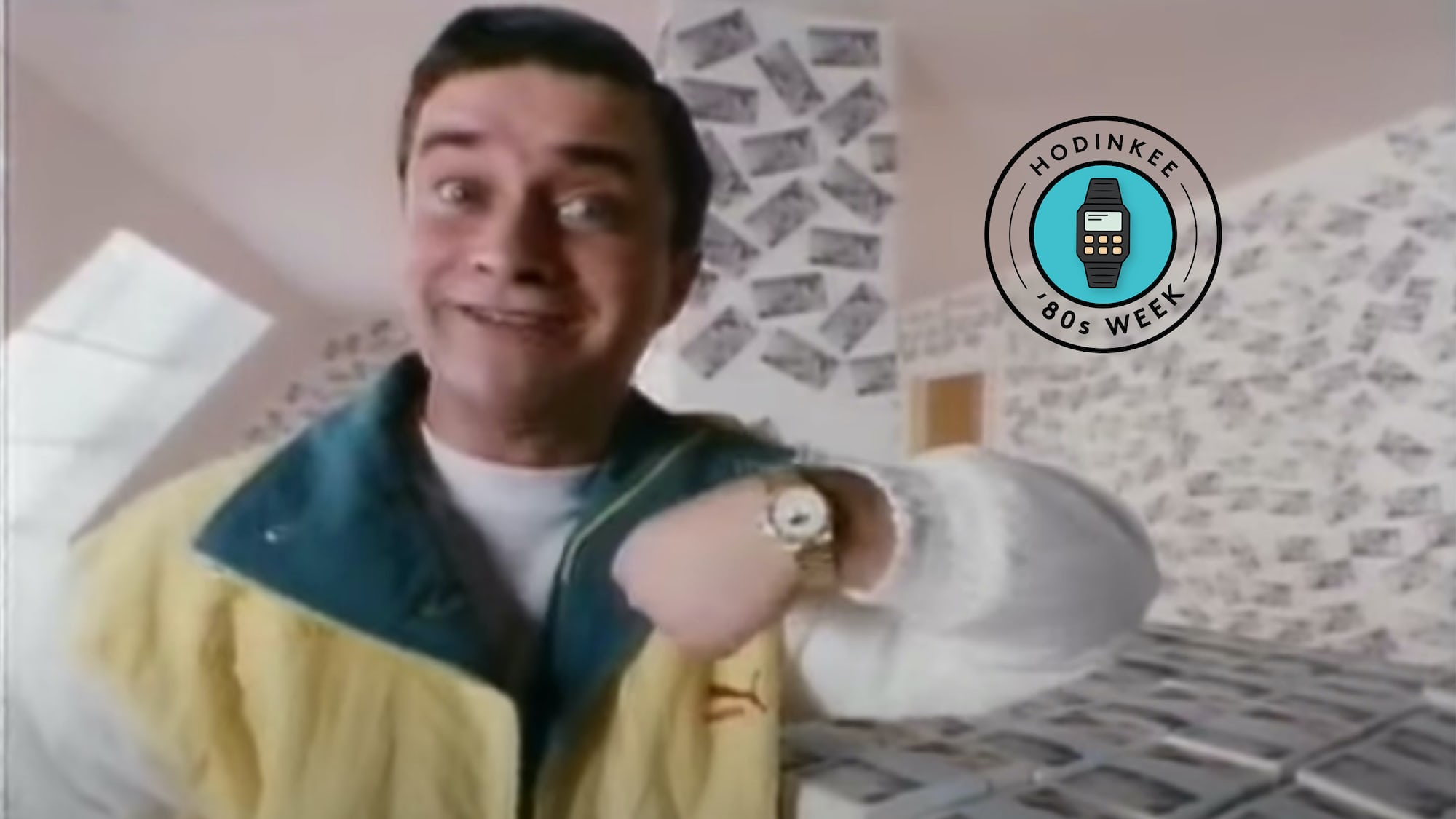 In a life before HODINKEE, I worked as a copywriter for the world’s largest advertising company. My team and I rolled out multimedia campaigns across the ASEAN region for clients that produced everything from pickup trucks to yogurt. So I know a little about the time-tested techniques for selling a product. You can lean into nostalgia, taking consumers to a simpler time (good for iced-tea ads), or tout what’s new and improved, creating excitement around the future (like you might for a thrilling new detergent).

Having said all that, watch ads in the 1980s seemed to do none of the above. Today, the aesthetic, mood, and tone in these advertisements are as instantly recognizable as permed hair and acid-wash jeans – and just as out of style. And yet, somehow, that makes them even more lovable. And despite it all, the watches themselves still look great.

While most Seiko ads from this period focus on Seiko’s technical prowess, this ad promotes the brand’s reliability, going as far as quoting a woman with a thick southern accent saying, “It’s more reliable than my husband! My husband’s not around anymore, but my Seiko is!”

What if aliens descended on Earth to collect samples of our watches for examination by their overlords? Would the watches pass muster? Well, the Casio models would, of course – especially the Databank model, which stores up to 50 phone numbers or dates. Or the pulse watch, which Martians could use to check their heart rates. Assuming they had hearts.

Another alien ad. In this one, a race of featureless pajama people appears to be mining for natural resources in the shadows of a fallen Statue of Liberty. Kinda dystopian for a watch commercial, but that’s okay!

Like a certain Rick Astley song recorded in 1987, this commercial is at once awesomely cheesy and cheesily awesome. This particular gonzo ad flies in the face of all my copywriter sensibilities. There’s no chronology, there’s very little reinforcement between the visuals and the copy, and the viewer isn’t walking away with a clear message. It’s just chaos.

Timex watches do more than just tell time – a point driven home in this delightfully surreal commercial, which depicts watches being used as beach chairs, racquetball walls, and dance floors. Who directed this, Salvador Dali?

Here we bear witness to what appears to be a lover’s tryst. The action plays out to a woman’s breathy voiceover reciting the mysterious tagline of “Citizen watch, watch out.” A rare use of infidelity as a marketing tool.

In this spot, Sekonda illustrates the notion that America and Great Britain are “two nations divided by a common language.” While I can’t quite make out all of the copy, I think the tagline “Beware of expensive imitations” is fantastic.

Though only a minute long, this ad somehow feels like a documentary about Reinhold Messner, who famously wore an Oysterquartz to the summit of Mt. Everest. It’s all tied together with a great tagline, “Made to accompany the achievements of man.”